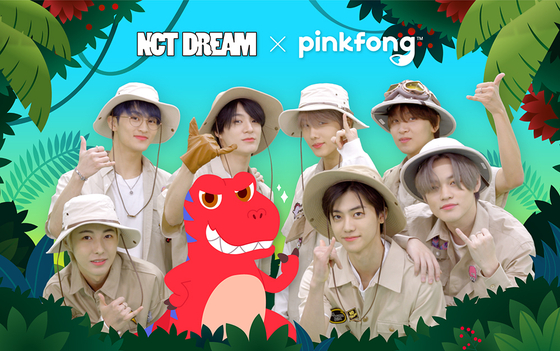 "Dinosaurs A to Z" was released on Wednesday morning and features the members of NCT Dream as scientists on a dinosaur expedition.

"Dinosaurs A to Z" is an English children's chant that was developed by Pinkfong in 2015. It introduces different dinosaurs in alphabetical order.

Each member from SM's NCT family — including NCT Dream, NCT 127 and WayV — was assigned a dinosaur, such as Ankylosaurus for Jaehyun and Brachiosaurus for Renjun.

The collaboration came after members of NCT Dream sang along to the chant during an episode of its web reality show last year and the short clip garnered over 9 million views on YouTube. Fans went on to request an official collaboration.