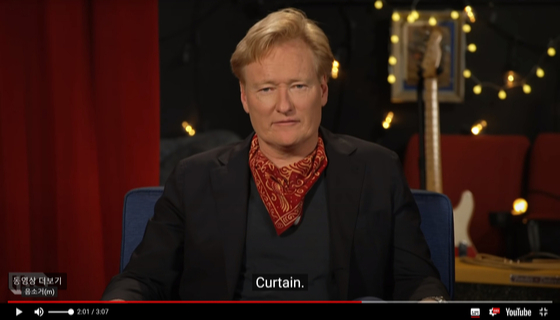 
American talk show host Conan O’Brien got hilariously incensed after witnessing K-pop superstar BTS member J-Hope call him “Curtain” when the band members were playing a speed quiz on a variety show in which they were asked to identify various celebrities by looking at their pictures.

O’Brien, who recently announced that he is wrapping up his late-night talk show on TBS on June 24 before moving to the HBO max streaming service, uploaded a new video on his YouTube channel "Team Coco" on May 6, local time, which expressed his disappointment with J-Hope.

The talk show icon began by saying, “We announced earlier this week that after, well, 28 years of doing a talk show day in and day out, that we were going to be wrapping things up here on June 24. But you know I got to say, when you go through a change like this, it gets the guy thinking about stuff. […] What's my impact been?”

He then showed a video clip from the program showing J-Hope blurting out “Curtain” after seeing a picture of O’Brien in Korea’s variety show “The Game Caterers X Run BTS.” The show is star producer Na Young-seok’s first collaboration with BTS. The producer announced earlier that his “The Game Caterers” show will shoot four episodes together with “Run BTS.” 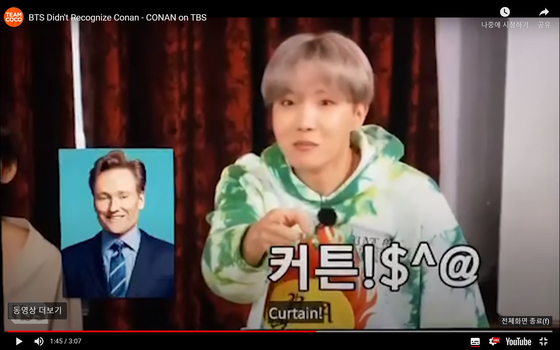 
The episode that featured O’Brien was the first, and the second airs tonight at 10:20 p.m. on tvN.

“Curtain. He called me Curtain,” O’Brien said with a stern face then added, “He said I was a curtain! I've been to Korea,” laughing. “I was popular! 'Curtain!' I'll get you BTS, oh I'll get you good. And by that I mean I'll silently resent you."

O’Brien has been a staple of late-night TV shows for nearly three decades. He began his show in 1993 after taking over the Late Show on NBC from David Letterman.