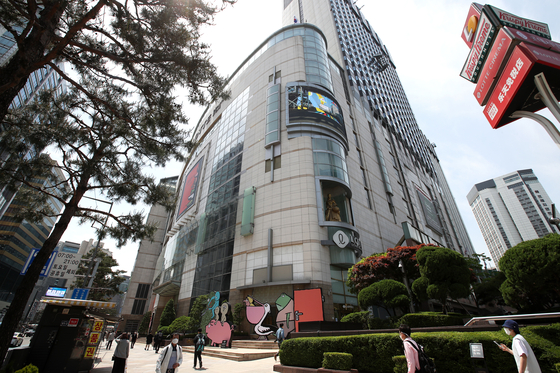 
Lotte Shopping continued to suffer net losses in the first quarter, though the loss fell slightly on year.

The company’s sales were down by 4.8 percent on year to 3.88 trillion won, while its operating profit jumped 18.5 percent during the same period to 61.79 billion won.

Sales generated by the department store was up 11.5 percent on year to 676 billion won, while the operating profit jumped 261.3 percent to 103 billion won on strong sales of luxury items and household appliances.

Lotte Hi-Mart fared well, with its operating profit having jumped 31.8 percent on sales that inched up 3.3 percent to 956 billion won.

But Lotte Cultureworks, the cinema business, reported 40 billion won in operating loss due to decline attendance and the sluggish theater and content business due to the Covid-19.