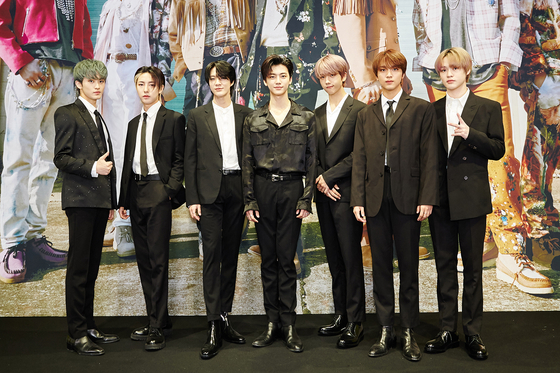 It’s been some two years and eight months since the release of the band's most recent second EP “We Go Up” in September 2018.

"Hot Sauce" has a total of 10 songs including the title track “Hot Sauce” as well as “Diggity,” “Dive Into You,” “My Youth,” “Rocket,” “Irreplaceable,” and more.


Members Mark, Jeno, Jaemin and Jisung contributed their talents for the rap on "Rainbow."

The band appeared on Naver V Live’s NCT Dream channel from 5 p.m. and shared anecdotes from the process of preparing the album before its release at 6 p.m.