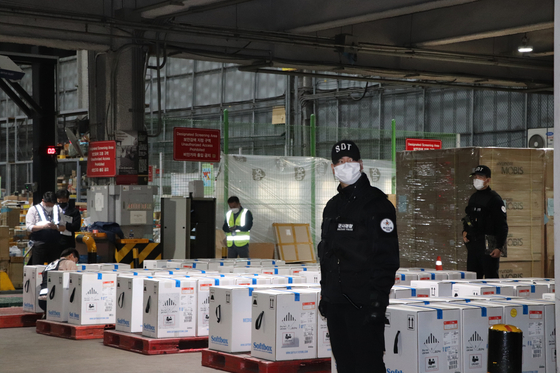 
Health authorities announced they will ease the social distancing scheme from the second half of the year after completing vaccination for the older population in June, stating that a large number of the vulnerable population will be immunized by then.

"We plan to apply the revised and supplemented social distancing scheme from July based on the scheme revealed through public hearings in March,” said Yoon Tae-ho, a senior Health Ministry official, in a regular briefing Wednesday.

The new social distancing scheme that the government revealed in March simplifies the current five-tier system to four.

The revamped Level 1 will require standard social distancing regulations of regular mask-wearing and keeping a social distance of 1 meter (3 feet).

Level 2 requires a ban on private gatherings of more than eight people and stricter social distancing in restaurants, cafes and other businesses.

The greater Seoul area currently remains subject to Level 2 regulations, the third highest level in the five-tier system that goes up to Level 3. Gatherings of five people or more are banned, and the operating hours of businesses including restaurants, cafes and bars are limited to 10 p.m.

“By examining the problems and effectiveness of the pilot program, we are collecting various opinions from related organizations and local governments to prepare the revised scheme,” Yoon added.

Regarding the reason why the government chose to apply the changes from July, Yoon said, "By the end of June, seniors and high-risk groups will have received their first round of vaccinations, and the second round of vaccinations for those aged 75 or older is also expected to be completed.”

"A significant proportion of the vulnerable population will be immunized if vaccination is completed for the elderly,” Yoon said. “We believe that we can apply a new, eased scheme from the current one.”

The government previously announced that they would adjust the distancing scheme from July if the number of new confirmed cases remains within 1,000 and if 13 million people receive their first shot by the end of June — but Yoon stressed that the figure is not an absolute standard point.

Yoon’s remarks came after Deputy Prime Minister Hong Nam-ki said on Sunday that the government would examine adjusting business restrictions and the ban on private gatherings of five or more if daily new cases fall below 500.

“When looking at the current confirmed cases, infections caused by contact with confirmed people, such as acquaintances and family members, account for a larger portion than those through facilities,” Yoon added. 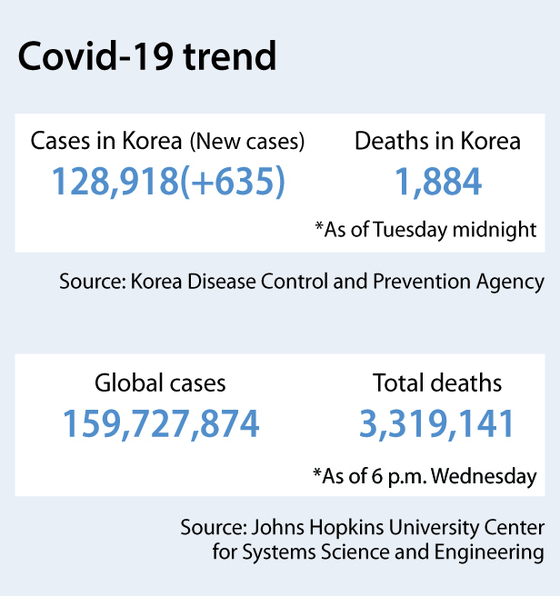 There were five more fatalities, raising the total death toll to 1,884.

As of Wednesday, a total of 3,698,657 people, or 7.2 percent of Korea’s population, had received one dose of a Covid-19 vaccine since the vaccination program began on Feb. 26.