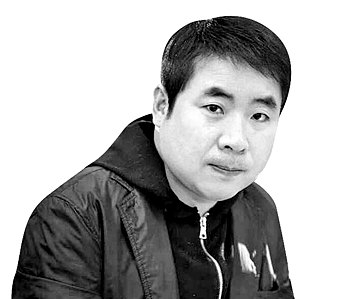 Park Jung-bae
The author is a food columnist

Why is China doing this? The debate over the origin of kimchi and paocai that began in the winter of 2020 continues. Recently, the encyclopedia on China’s biggest portal site Baidu claimed that samgyetang is Chinese, fanning anti-China sentiment in Korea. China is being criticized for not only distorting history through its methodical Northeast Project but also distorting culture, food, kimchi and ginseng.

The Northeast Project is a state-funded ancient history research project. In the background of the project lies Sinocentric superiority based on patriotism rising in the 21st century. China enhanced education encouraging patriotism since the 1990s. As China emerged as G2 and became more powerful, Chinese patriotism produced fandom-style nationalist groups such as the fenqing, or the “angry youth,” or the younger generation of Little Pink. They had systematic support from the government, and they admire China and the Han ethnic group. Patriotism inevitably values traditional culture as it provides the foundation of group identity. There’s no better element than food as the source of group identity.

Kimchi got China’s national attention during the SARS outbreak in 2003. As kimchi is said to be effective in preventing SARS, kimchi made by Korean companies and ethnic Koreans in China became hugely popular. To the Chinese, paocai originally referred to the Korean Kimchi that became famous during the SARS crisis. Paocai that’s controversial now is from Sichuan Province. Though the paocai project took off in 2001, paocai is not a national food in China.

Korea mostly imports kimchi produced in the Shandong Province. Kimchi produced in this area is a major part of the local economy. The Thaad retaliation in 2017 hurt the local kimchi industry in China. As anti-Korean sentiment prevailed, the origin labeling regulation was strengthened, and the photo of Korean traditional hanbok on the packaging disappeared. Korean kimchi turned into “Joseonjok-style Kimchi in the Northeast Region.” Economic gain, in addition to patriotism, is hidden behind the claim that China is the origin of paocai.

This time, Baidu distorted the story about samgyetang, but until 2018, Baidu described samgyetang as a unique food of Korean origin. According to a report in July 2000, a district office in Gwangju, South Jella, opened a restaurant specializing in samgyetang in its sister city of Guangzhou, China, and major ingredients and side dishes were brought in from Korea. Guangzhou is known for health food and has a dish similar to samgyetang. But a similar dish doesn’t mean they are the same.

The samgyetang controversy seems to be an extension of the ginseng issue. China is world’s biggest ginseng producer, making up 70 percent of the production. But Korean ginseng is considered to be of high quality, and Chinese ginseng has little added value. Since 10 years ago, the Chinese government has started a project to promote “Changbaishan ginseng” brand, named after the Chinese term for Mount Baekdu. China is using various regulatory measures to prevent Korean kimchi and Koryo Red Ginseng’s expansion in the Chinese market by rejecting the registration of geographical labeling of Koryo Red Ginseng in December 2017.

The patriotic mood in China is intensifying. At the same time, attempts to distort traditional food items as “Chinese” for economic gain will surely continue. Emotional response such as the April Fool’s joke that “dimsum and huoguo are Korean traditional food” is not the solution. Emotional arguments over culture, history and territorial issues have never been resolved properly. Research on Korea’s original culinary culture and history must be pursued first. Based on the research, various brands should be protected by registering with Unesco World Heritage or International Organization for Standardization. Moreover, standards of ingredients and recipes need to be established.