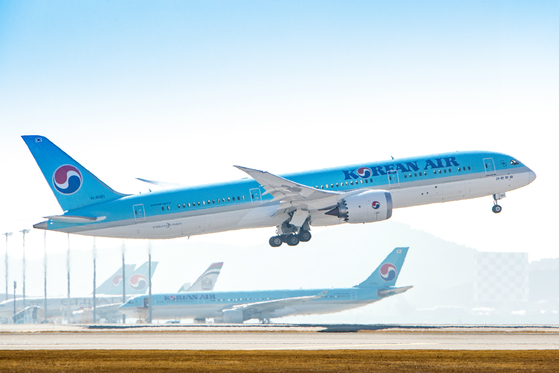 
Korean Air Lines is steadily returning to profitability as the economy recovers and the cargo business remains strong.

It said that the improvements are the result of cargo traffic and employee leave. Sales from cargo more the doubled in the first quarter to 1.35 trillion won.

The company added that it expects the cargo transportation volume to continue increasing on the global economic recovery.

Passenger traffic remained weak. The airline carried 1.03 million passengers in the first quarter, down from 4.12 million in the same period a year earlier.  Overall revenue dropped by 24 percent to 1.75 trillion won.

Korean Air Lines said that it is trying to increase demand for passenger flights through various promotions, including no-landing trips that fly from Korea over foreign countries and then back to Korea without landing overseas.

The airline plans to “elastically operate routes” after observing the impact of vaccine rollouts on demand for international travel. It added that it will “thoroughly respond” to vaccine passports and travel bubbles.

Travel bubbles are partnerships between two or more countries with similar rates of Covid-19 that allow individuals to travel freely between them without restrictions.

The debt ratio of Korean Air Lines fell 340 percent points on year to 294 percent in the first quarter. The company said its financial structure will improve later this year from the sale of property in Songhyun-dong, central Seoul.

Asiana Airlines is scheduled to report its first quarter earnings on Monday.