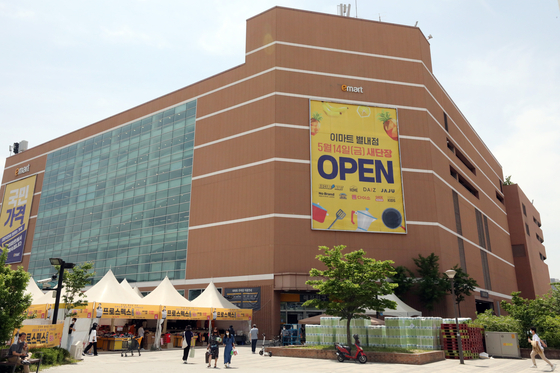 A redesigned Emart store in Byeollae in Namyangju, Gyeonggi. [EMART]

The company on Monday announced the overhaul of more than 15 of its discount marts this year after sales at previously redesigned stores have improved.

Last year, the company upgraded nine of its branches, including branches in Wolgye-dong, northern Seoul, and Sindorim in western Seoul.

The redesigned branches have more experiential spaces, like those with game machines, and provide a more diverse range of alcoholic beverages.

Emart rented more of its store space to outside business operators, like a bookstore, to become more of a shopping mall, said a spokesperson for Emart.

The nine redesigned stores all achieved double-digit growth, according to Emart, while the number of hours customers spend at the stores increased.

Sales at the branch in Wolgye, for instance, grew 57.2 percent on year from June last year through April this year.