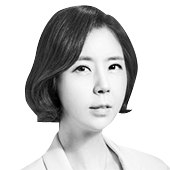 Lee Hyang-eun
The author is a professor of service design engineering at Sungshin Women’s University.


With growing anticipation for air travel reopening as vaccination rates increase, a global company announced a new store in the United States. Google opened an offline store in Chelsea, New York on June 17. It is noteworthy that a company making software and an OS and offering email services debuted in real life.

The store showcases the Google Home speaker, Pixel phones and Pixel Books, fitness watch Fitbit and Nest smart appliances, and the company wants to build customer relationships by selling goods and providing customer services. Though Google is the all-mighty creator online, it could not fulfill the most primitive desire of customers to see the actual products and use them before making purchases. Due to the limits of online experiences, Google has gone offline.

As the pandemic continues, contactless industries accelerate, and already-struggling offline market was in fear of a “retail apocalypse.” The phrase first appeared in the U.S. in 2017, as major retailors like Toys R Us ad Neiman Marcus closed many of their offline stores and filed for bankruptcy protection. With the unexpected variable of Covid-19, the situation only got worse. 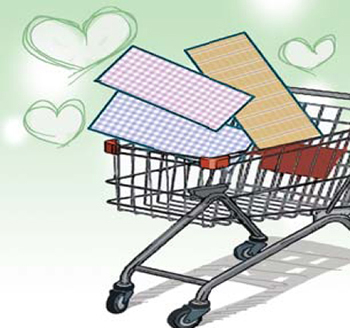 But strictly speaking, the structural issues of the retail industry failing to catch up with the fast-changing world were only revealed and restructuring was pushed full scale. No one can deny the value of offline spaces. Like Nike said, “Retail is not dead, but boring retail is dead.” Offline retailers are given an important homework assignment to solve.

Precisely speaking, it is the time to “reinterpret” the value of space rather than just dreading the “apocalypse” of offline stores. Space is an important contact point for customers and a physical base to feel concentrated energy.

The interesting smells, the comfortably cool temperature, bright lights and contacts are some of the things that customers cannot feel online.

In addition to the unique sense of reality, timely planning can bring a possibility of revival for new spaces with new potential. By maximizing real life experience and strengths, the first revival strategy of offline spaces is the role of data collection. b8ta in the U.S. and Tsutaya Home Appliances + (Plus) actively collect data at the retail spaces.

From now, collecting behavioral data of the people at the space is as important as selling products. Unconscious behavior — such as which section the customers approach first, how they move, where they stay longest and whether products were tested properly are collected, analyzed, and processed into meaningful reference, making the stores a main stage for data business.

Secondly, stores serve as an experience space and a marketing channel. Offline space usage and value have changed. Companies are now selling in different methods. The space serves as a medium for delivering the message of the brand through customer experience, and it makes the company more competitive.

It is important to deliver interesting experiences, a trendy mood, trust and originality that can only purchased at the store. Concept of the experience space should be developed and reset as a key performance indicator.

The last strategy is being integrated with online functions. In fact, it is foolish to distinguish online and offline channels. There’s no time to complain about losing the lead to the online world. Online retail epitomizes convenience while offline space offers real experiences. The only way is to combine the two. Online and offline experiences work as a team and supplement each other.

If you think the pandemic has killed offline businesses, we are actually living in the real world. As the pandemic nears the end, offline stores will be reborn as places to showcase rare items instead of quality products, and selling fantasy rather than necessities.