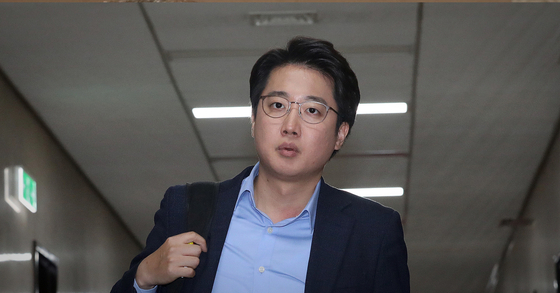 
Young politicians are fighting their way to become the new head of the opposition People Power Party (PPP), pledging to reinvent the conservative party ahead of next year’s presidential election.

The PPP will hold a national convention on June 11 to elect new leaders including its chairman, and young politicians are seeing high popularity, signaling a generational shift in the conservative party.

Lee Jun-seok, a 36-year-old politician, is enjoying particularly high popularity although he currently holds no official leadership title in the PPP. The Harvard graduate started his political career in 2011 by joining the Saenuri Party, a predecessor of the PPP, when he was a young entrepreneur.

According to a recent poll announced on Sunday, Lee was ranked highest among the PPP politicians in the chairmanship race. The poll, conducted by PNR, showed that he scored 20.4 percent, up from a May 9 poll with 13.9 percent.

Na Kyung-won, a former four-term lawmaker who once served as the floor leader of the main opposition party, was ranked second in Sunday’s poll with 15.5 percent. On May 9 she was leading with 18.5 percent.

She has not formally declared her bid. She is expected to make the announcement later this week, as the PPP’s deadline for candidate registration is Saturday.

According to the poll, Lee was particularly favored by male voters. One out of four male voters said they support Lee as the new PPP chair. Among female voters, Lee scored 15.6 percent.

He also earned the highest support among all age groups except for those aged 60 and above. In that group, Na scored the highest.

The poll was conducted on Friday and has margin of error of plus or minus 3.1 percentage points and a confidence level of 95 percent. More details are available on the National Election Survey Deliberation Commission site.

Other competitors in the race are two first-term lawmakers Kim Eun-hye and Kim Woong. 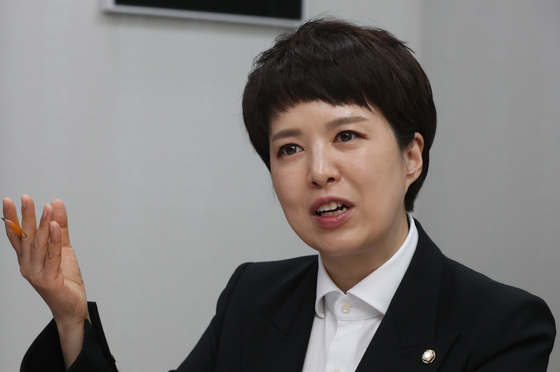 
Kim Eun-hye is a former TV journalist who served as spokesperson of the Lee Myung-bak administration. She held a press conference on Friday and announced her bid, promising to completely overhaul the party to win the next presidential election. 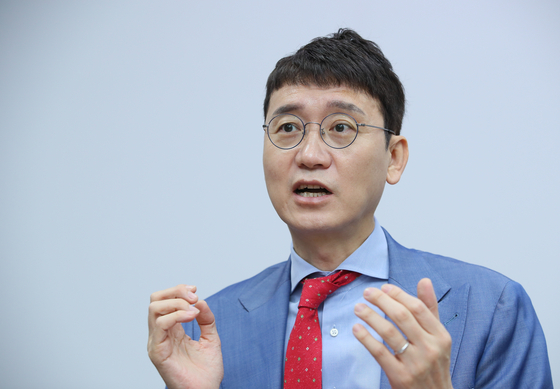 
Kim Woong, a former prosecutor, announced his bid on Thursday. He also vowed to reinvent the party by introducing irreversible reform measures.

Rep. Joo, a fifth-term lawmaker, is promoting the idea of recruiting former Prosecutor General Yoon Seok-youl to win the presidential election. “It is crucial for him to join the party before the primary in July,” he said in an interview with KBS radio on Monday.

“After we elect new leaders at the June 11 national convention, they will aggressively discuss a presidential primary,” Joo said. “Yoon must make up his mind before then.”

He rejected young politicians’ argument that the PPP will go back to its old ways if senior politicians from the Yeongnam region is elected as new leadership members. The region, comprised of Daegu, Busan and North and South Gyeongsang, is the political hometown of the PPP.

“It’s a petty argument to characterize a leadership based on their hometowns,” Joo said. “It is reactionary to think about who are from which hometown.”