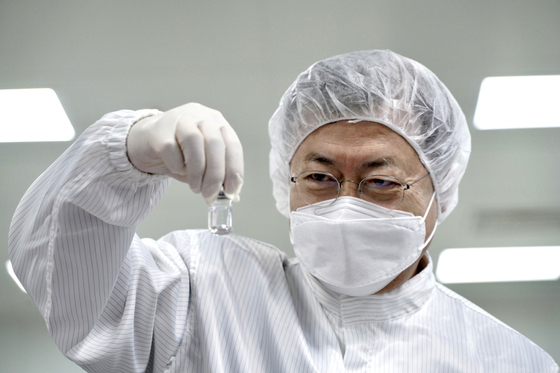 It was the Park Geun-hye administration that raised the vaccine self-sufficiency rate. Hurt by the MERS outbreak, the Park administration devised a policy to increase Korea’s vaccine self-sufficiency rate to 50 percent in 2017. This became the backdrop for Korean bio companies such as GC Pharma and SK Bioscience to actively develop vaccine technology. The Korean disease control that the Moon Jae-in administration takes pride in couldn’t have been possible without the accumulated experience and technology.

The Korean hydrogen industry was made possible thanks to planning for the future. The Roh Moo-hyun administration first came up with a comprehensive national-level plan for a hydrogen economy. The Ministry of Trade, Industry and Energy drafted a masterplan to realize an environment-friendly hydrogen economy in 2005. The masterplan, which has a subtitle, “the fuel cell industry and the vision for the development of new and renewable energy,” predicted that various hydrogen industries, including hydrogel fuel cells, would be needed as environmental regulations on fossil fuel would be strengthened. Due to the growth of the shale gas industry and technological limitations, the hydrogen economy masterplan is yet to be implemented. However, without the masterplan that fills one chapter of national energy policy, Korea’s hydrogen economy wouldn’t have been possible.

On May 13, the Moon administration announced the K-semiconductor strategy. Most of the future investment of 510 trillion won ($449.3 billion) will be made by private companies. The government doesn’t need to step forward, as the private sector has no reason to be reluctant in making investments in the profitable semiconductor business. The vaccine and hydrogen economy highlighted the reason for the government to exist. The government foresees the future and preemptively makes investments in areas where the private sector is not taking initiative.

In 2017, the Moon administration made five state objectives — a government owned by the people, an economy for the prosperity of all, a state that takes responsibility for citizens’ lives, balanced regional development and a Korean Peninsula of peace and prosperity. As they are abstract goals, I don’t see any tangible future strategy. Cooking is the hard part, anyone can eat a prepared meal.