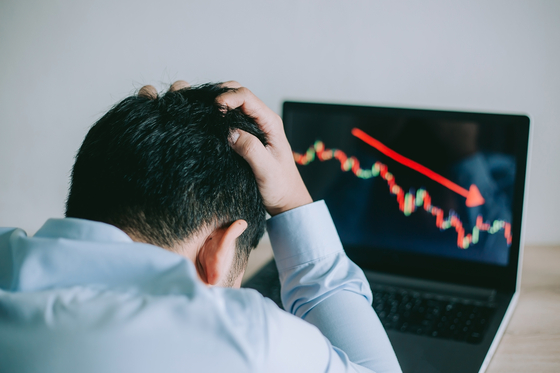 Korean retail investors, stuck between weak stocks and the fear of inflation, have nowhere to go. Wherever they turn, either the stock market or cryptocurrencies, they face potential underperformance or real losses.

For some, the solution has been money market funds (MMFs). MMFs are financial instruments that invest in short-term products, such as treasury bonds and commercial paper. Deposits and withdrawals are possible on demand.

According to the Korea Financial Investment Association, MMFs had 179.12 trillion won ($158.3 billion) in assets as of May 14, up around 42 percent from the beginning of the year. On May 7, the total investment in MMFs stood at an all-time high of 179.7 trillion won. Some 22.97 trillion won entered the funds so far this month. 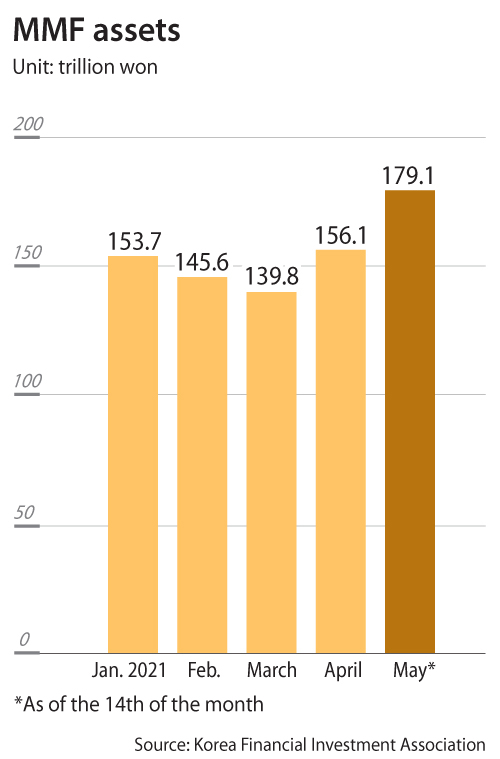 In general, investment in MMFs tends to increase when the financial market uncertainties increase. Despite the relatively low returns, which is around 1 percent annually, investors consider MMFs as a safe and stable way to deposit their money.

The total invested in 31 short-term bonds in the country was 11.02 trillion won as of May 14, according to market tracker FnGuide. It’s up 19.3 percent, or 1.79 trillion won, compared to the beginning of the year. About 245.9 billion won entered the bonds over the past week.

“In case of MMFs, people usually take away their money at the end of month and put in again in the beginning of the next month,” said Oh Gwang-young, an analyst at Shinyoung Securities. “But the total assets in MMFs has been steadily rising, and this could mean that people who have failed to find alternative investments kept their money in the funds.”

Market watchers predict that more investors are likely to seek short-term investments at least for a while.

As of 3 p.m. Tuesday, bitcoin traded at 55.6 million won per coin on Upbit, Korea’s largest cryptocurrency exchange by trading volume. About 10 days ago, on May 9, bitcoin prices passed the 71-million-won mark on Upbit. The prices plunged soon after Tesla CEO Elon Musk on May 12 tweeted that Tesla will not be accepting bitcoin for car purchases, reversing his earlier comments that Tesla would accept the coin.

The upcoming Korea-U.S. summit, which is scheduled for May 21 in Washington, is another factor, experts say. President Moon Jae-in and U.S. President Joe Biden plan to have a talk about a few topics including Covid-19 vaccinations and cooperation on semiconductor supply and climate change.

Russia funds trading in Korea hammered after invasion and sanctions