True crime shows prove popular but some question their motives

True crime shows prove popular but some question their motives 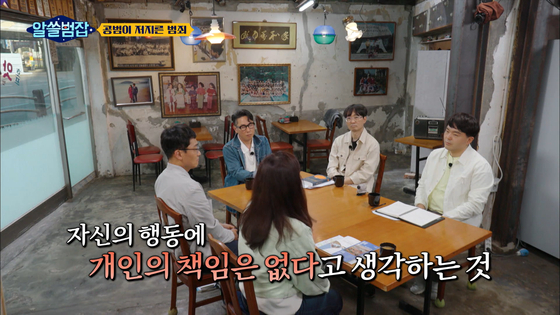 A scene from the tvN show “Crime Trivia” (2021-), in which a panel of forensic experts and comedians casually discuss true crime cases. [CJ ENM]


In the new tvN show “Crime Trivia” which started airing on April 4, a panel of experts sit down for some very morbid discussions.

“A man beat his five-year-old stepson to death with a wooden sword,” says former Judge Jung Jae-min, a panel member, regarding a 2019 murder case. “The child’s mother was also severely beaten and sent to a shelter.”

“Both his wife and child were victims of domestic violence,” adds another panel member, forensic psychologist Park Ji-sun. “The mother [did nothing because she] needed the child as a scapegoat [to protect herself], as terrible as that sounds.”

The conversation continues casually, as if they are chatting with friends in a cafe. Although the panel of renowned crime experts are discussing the heavy topic of child abuse and murder, instead of lamenting the brutality of the crime, they focus on understanding the nature of the case. “Crime Trivia” is the epitome of an “infotainment” show – a portmanteau of information and entertainment – which have recently and quickly gained popularity in Korea.


Other shows such as SBS’s “The Story of the Day that Bites the Tail on the Tail” (better known as its Korean abbreviation ‘Ggoggomoo’) which began last year and “While You Are Tempted” (better known as ‘Danghoksa’) which started airing on April 28 are also prime examples.

Shows related to crime almost always receive instant attention due to the provocative nature of the topic. MBC’s series “Chief Detective” (1971-1989) and KBS’s “Detective 25 Hr” (1986-1990) were both long-running and widely loved television series based on true crime. MBC’s “People of the Police Service” (1993-1999) gained phenomenal popularity by reenacting notorious crime cases and featuring police officers that were actually involved in the investigation to provide commentary. 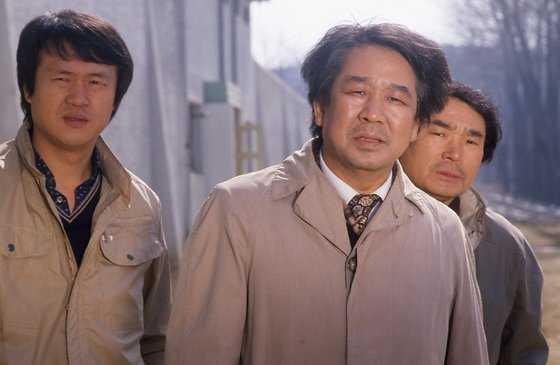 
To this day, television programs centered on crime and social issues, such as SBS’s “Unanswered Questions” (1992-) and MBC’s “PD Note” (1990-) are long-running and earn a loyal fan base. Their episodes often wield significant influence on society by publicizing notable issues.

However, recently launched crime shows have quite different attitudes from typical Korean crime shows of the past. Panel members consist of not only forensic and legal experts, but also television producers and comedians. Casting well-known television personalities along with experts makes the programs a hybrid between a talk show and an informational show, ensuring popularity and accuracy at the same time.

Even though they are discussing real-life crime cases, the shows are not always overly rigid or depressing. Experts also offer useful information that can help people prevent themselves from falling victim to crimes, based on lessons from actual cases.


That does not mean those shows only touch on minor cases; “The Story of the Day that Bites the Tail on the Tail” has dealt with serious and historically significant topics including the 1974 assassination of then-first lady Yuk Young-soo, the Jeju April 3 incident and massacres (1948-1949), the “Jijon Family” gang’s 1993–1994 murder spree and infamous serial killer Yoo Young-chul (active 2003-2004).

The show’s success is unexpected and ironic considering that its pilot episodes last year were lambasted for “disrespecting the victims as if they’re [panelists] gossiping,” according to online comments. 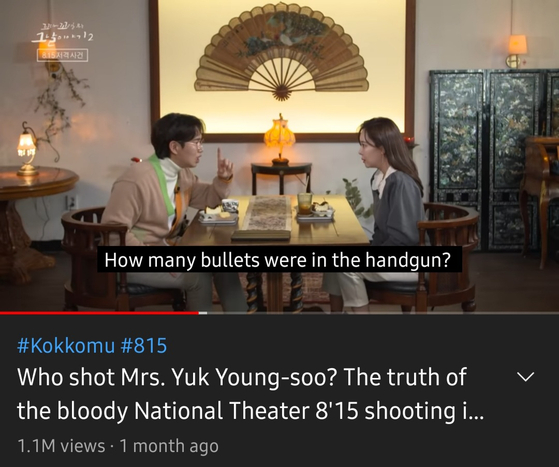 Panel members of “The Story of the Day that Bites the Tail on the Tail" discuss the 1974 assassination of then-first lady Yuk Young-soo. [SCREEN CAPTURE]

“Nowadays, the public is generally very invested in cases that happen in our society, ranging from local disputes to child abuse,” he said. “They are eager to dig up information themselves and post it online, or even seek out evidence on their own. Entertainment shows now also seem to be reflecting this trend.”

“It’s just that crime is the hot topic among the public today. People personally relate to child abuse cases, or the recent drowning of a medical student in the Han River, and think it might happen to them. Or sometimes it’s the ‘survivor’s guilt’ that makes them stay invested.”

Jeong pointed out that such public sentiment eventually boils down to a longing for proper justice. The more skeptical people are of the current justice system, the more popular these crime shows will be, according to the critic.

Some viewers express concern that such crime shows trivialize crime, especially when the victims or their surviving families are still alive. Panel members often throw in humorous remarks and exaggerated reactions in order to keep the show entertaining, which causes discomfort among some viewers.

While such controversy has newly emerged in Korea as the trend of crime shows only recently took off, there already has been ample debate regarding true crime content in the English-speaking entertainment world. 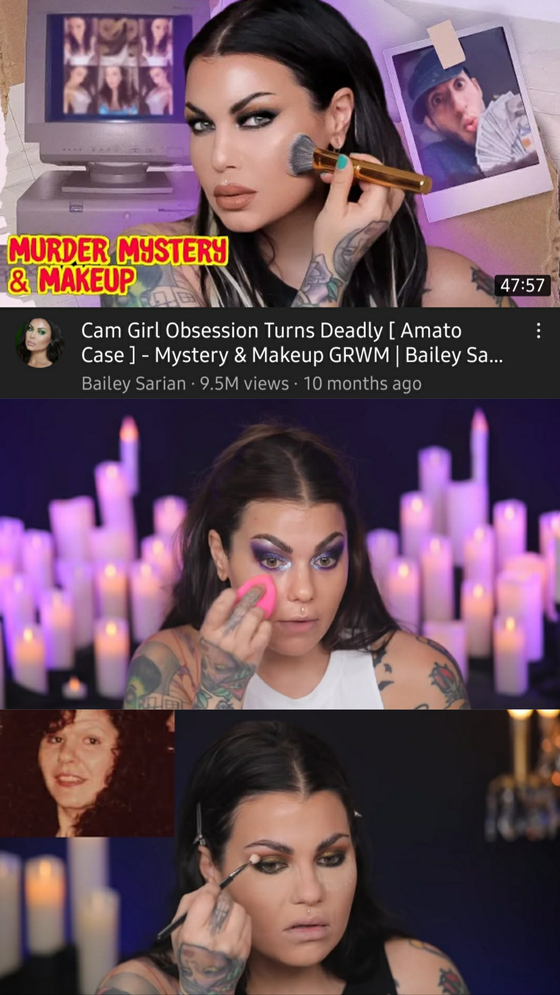 
True crime has long been a common and popular genre on English-speaking YouTube. American YouTuber Bailey Sarian who flaunts over 4.7 million subscribers built her successful career through her series “Mystery & Makeup,” in which she lightheartedly talks about true crime cases while she applies makeup on camera as if she is explaining the cases to friends.

In a video responding to comments criticizing her decision to combine makeup and crime, Sarian said, “I’m not going to sit there, play sad music in the background […] I know it kind of upsets a lot of people because they think I’m being disrespectful. I can understand that to some degree, but if I add sad music […] I know I will get depressed. I’m purposely trying to create a disconnect so when you watch these videos, you are not leaving depressed. I can easily just give you the facts and whatnot, but not have to do those things.”

On the other hand, another popular American true crime YouTuber Stephanie Harlowe who has over 495,000 subscribers sits down to calmly discuss facts or an ongoing investigation. While Harlowe also sometimes faces criticism that she uses the victims’ stories for clicks, she is outspoken against sensationalizing crime cases for views and never forgets to honor the victim’s life. 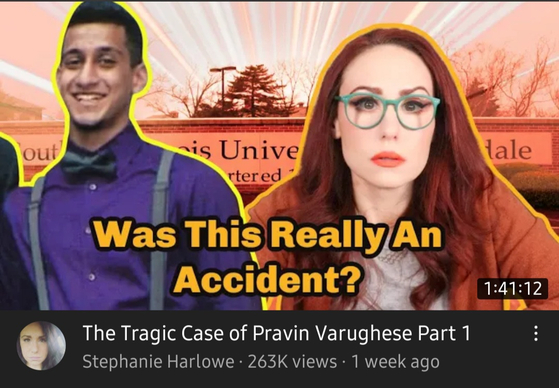 “There have been many shows that discuss politics in a more lighthearted, entertaining manner,” said Ha. “Crime shouldn’t be an exception. Still, in order to avoid sensationalizing real-life crime cases, I believe such shows should only discuss socially meaningful cases and raise awareness through their lessons.”