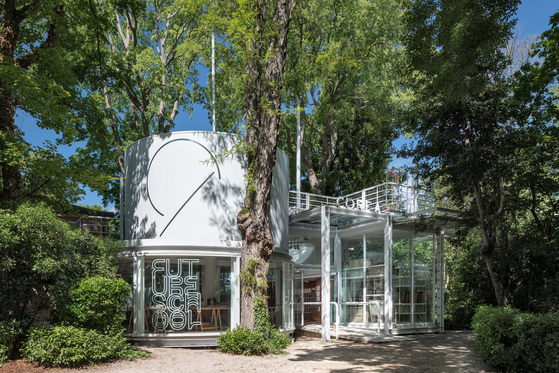 
For the 17th Venice Architecture Biennale running from May 22 to Nov. 21, the Korean Pavilion has taken on an unlikely format: A school, and a futuristic one at that.

This year’s Korean Pavilion named “Future School” will be open at the Giardini della Biennale in Venice, Italy. The theme for this year’s biennale, which had been postponed for a year due to the Covid-19 pandemic, is “How will we live together,” throwing a profound question regarding a more sustainable way of life.

“In the early stages of planning, I suggested turning the Korean Pavilion into a school," said Shin Hye-won, the creative director of the Korean Pavilion, during a press conference at the Arko Art Center in Daehangno, central Seoul, on Friday. “There is no better space to think of a better future than a school.” 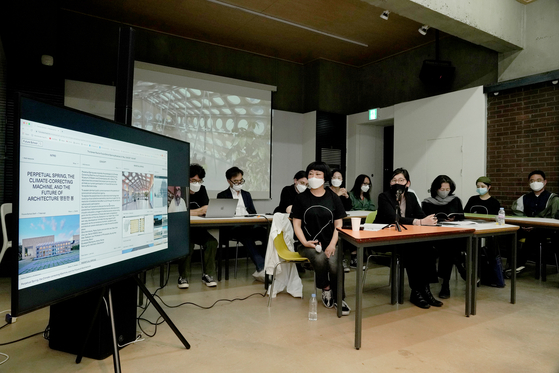 
“We wanted it to be like a jeongja [a traditional Korean gazebo] where people can gather, discuss, ponder and rest, like an open school; a true living space rather than an exhibition,” said architect Song Ryul, who designed the Korean Pavilion along with architect Christian Schweitzer.

Apart from the communal discussion area, another main part of the pavilion is a kitchen by curator Lee Hye-won. Lee’s installation, titled “Future School Lunchcare for Climate,” introduces Korea’s grassroots movement for eco-friendly school lunches which started in 1996 and shows how it led to actual policy changes, hoping to spread the initiative to other countries by showing it to the biennale’s international audience. 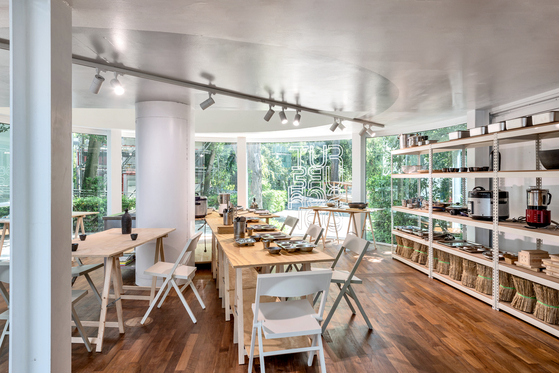 
Future School and its installations touch on three main themes: Climate change, diaspora and innovation. These topics may sound too extensive for architecture to deal with, but Shin offers a different perspective.

“An architect’s job is to design buildings, but also to predict and design in advance spaces we will need in the future,” Shin said. “Future School is an attempt to imagine the future. Rather than simply designing a space, we tried to design the activities that can happen in that space. 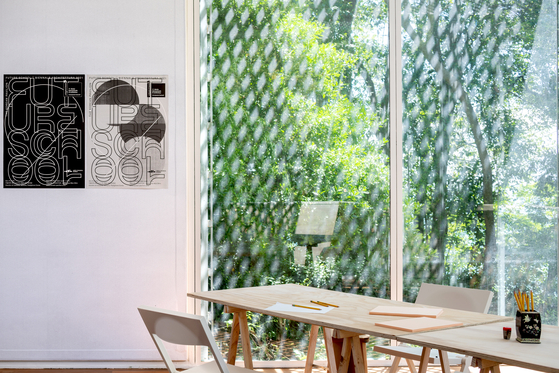 
“I hope people stop by, converse and collect new ideas for a better future in the Korean Pavilion,” she said.

The Korean Pavilion and its installations are also virtually on display on www.korean-pavilion.or.kr and www.futureschool.kr