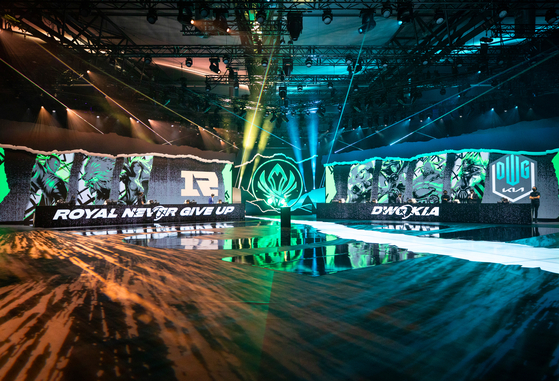 The stage for the 2021 Mid-Season Invitational finals is lit with Royal Never Give Up and DWG KIA's respective colors. [RIOT GAMES]


Korea's DWG KIA fell 2-3 to China's Royal Never Give Up in the 2021 Mid-Season Invitational finals, bringing their three-week campaign in Reykjavik, Iceland to a close early on Monday morning.

Despite the rather anticlimactic Game 5, the series was full of nail-biters and was thrilling enough to be considered one of the better international finals in recent League of Legends esports history.

The LCK representatives were at a schedule disadvantage going into the match, as less than 24 hours had passed since they finished playing a four-hour semifinal against MAD Lions. RNG were considerably less fatigued in comparison, having played their semifinal against PSG Talon the day prior to DWG KIA's.

Riot Games broke precedent at this MSI by waiving DWG KIA's rulebook-stated right to play in the first semifinal match as the first-place team from the Rumble Stage. The official reason given was China's Covid-19 travel regulations.

RNG was made to play in the earlier semifinal, it was explained, because they needed to travel to a lab outside of the venue on the day before the finals, as all travelers to China are required to take an IgM antibody blood test within 48 hours prior to departure.

While the decision was not entirely unreasonable, the tournament organizers were severely delayed in communicating their position, inciting confusion and anger from fans worldwide. The fact that such a last-minute breach of competitive protocol had to be made also felt like a fundamental oversight, considering how DWG KIA and RNG had been viewed as shoe-ins for the semifinals prior to the event.

It is of course impossible to say whether the outcome of the finals would have been different had the switch of schedule not taken place. That being said, it would be difficult to fault LCK fans for arguing that an additional day of rest might have prevented some of the glaring lapses of concentration displayed by DWG KIA in the final game of the night. 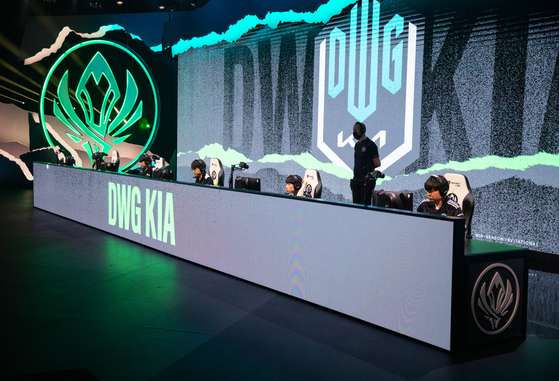 In all five games, GALA and Wei respectively picked Kai'sa and Udyr — their go-to comfort picks — and excelled on them.

While both champions do not commonly merit a ban, DWG KIA's decision to constantly leave the two picks open and uncontested did not turn out well, and in retrospect may have been the wrong approach to the series.

GALA eventually won finals MVP, with his showstopper assassination of Jang "Ghost" Yong-jun's Jinx in Game 3 arguably being the play of the tournament.

Not as many positives could be found on DWG KIA's end.

The duo of Ghost and Jo "BeryL" Gun-hee had a terrible series overall, falling prey to Wei's early ganks like clockwork. Kim "Canyon" Gun-bu put on a great display on Nidalee but had little impact on the other four games.

Even Heo "ShowMaker" Su had a quieter night than usual, failing to even once conclusively outmuscle Yuan "Cryin" Cheng-wei in lane, contrary to pre-match expectations.

Kim "Khan" Dong-ha's two outstanding performances — first on Lee Sin, then on Aatrox — were the brightest spots for the LCK representatives. Unfortunately, the wily Li "Xiaohu" Yuanhao was hardly a pushover, and Khan could only deliver so much against an equally seasoned veteran. 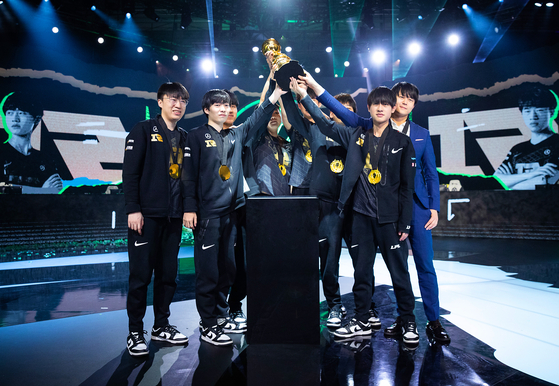 Members of Royal Never Give Up lift up the 2021 MSI trophy. [RIOT GAMES]


This MSI as a whole has given reason to suspect that the gap between LPL and the rest of the world may be wider than previously thought. DWG KIA, who has looked vulnerable all tournament, is still expected to be the best team in Korea; meanwhile, at least three teams in China are considered to be roughly on par with RNG.

While their loss in the finals will undoubtedly continue to sting, DWG KIA may at least find some comfort in the fact that their placing in this tournament has secured LCK an additional ticket to this fall's World Championship.