Millennium Hilton Seoul to be sold and turned into offices

Millennium Hilton Seoul to be sold and turned into offices 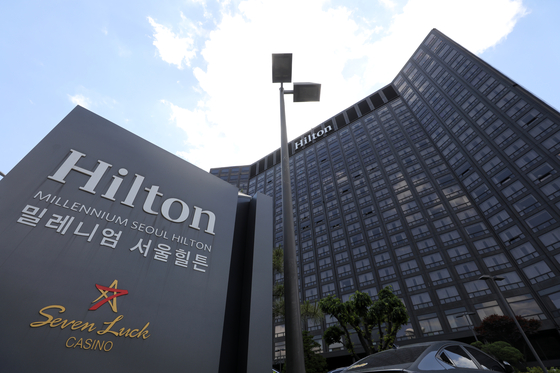 
The Millennium Hilton Seoul, a five-star hotel in central Seoul, will be sold to Igis Asset Management for around a trillion won ($892 million), according to multiple local media reports on Tuesday.

A report from the Korea Economic Daily says CDL Hotels Korea, the largest shareholder of Millennium Hilton Seoul, is finalizing the deal with Igis.

Igis plans to turn the hotel into an office building.

The asset management company refused to confirm or deny the story. CDL Hotels Korea could not be reached for comment.

Millennium Hilton Seoul is operated by the global Hilton hotel franchise, but the land and buildings are owned by CDL Hotels Korea, a Korean branch of the Singapore-based investment company City Developments Limited.

The falling profitability of the hotel business is said to be the reason behind the decision.

The hotel business is among those industries hit hardest by the Covid-19 pandemic. The Sheraton Palace Hotel in Gangnam, southern Seoul, was sold to a consortium led by the Land, a real estate developer, for 350 billion won last year.

The Millennium Hilton Seoul was previously owned by Daewoo Group before it went bankrupt during the Asian Financial Crisis in 1997 and 1998. CDL acquired the hotel for 260 billion won in 1999.

The Millennium Hilton Seoul is a 22-storied hotel with 700 rooms.

Carbon border tax: What the EU proposal means for Korea