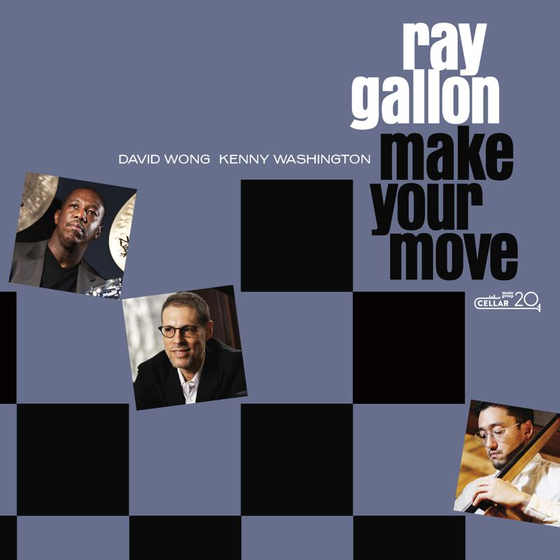 Gallon, a jazz faculty member at the City College of New York, has been a sideman onstage and in studios for more than 30 years in support of such performers as Dizzy Gillespie, Lionel Hampton, Joe Williams and Jane Monheit. On "Make Your Move," he steps forward as the leader of a crack trio that also includes Kenny Washington on drums and David Wong on bass.

The nine Gallon compositions mix surprising syncopation, swinging grooves and edgy intervals, performed with wit hinted at by such titles as "Kitty Paws," "Out of Whack" and "Hanks a Lot." Two covers are included — a lush, lovely treatment of Jerome Kern's "Yesterdays" and an equally lyrical "I Don't Stand a Ghost of a Chance."

There are echoes of Bud Powell, Thelonious Monk, Hank Jones and more, but the end result is thoroughly original. Gallon is an inventive improviser, and his mates shine on their solos, too. Occasionally tempos accelerate into the fast lane, but it's the rhythmic twists and turns that make the set distinctive as the professor provides a tutorial on how music rooted in traditional jazz can still delight in 2021.