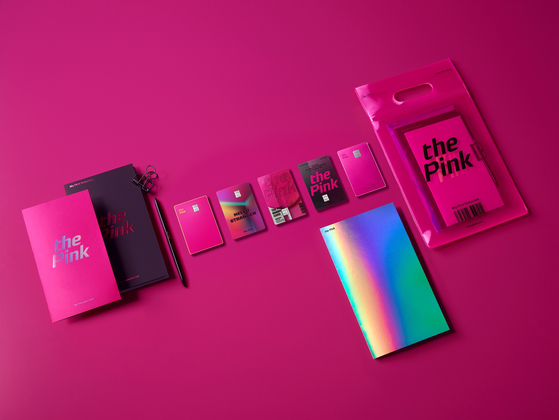 Hyundai Card announced Wednesday that it rolled out "the Pink," a new premium credit card.

It is the first new addition in three years to its range of premium cards named after colors. Existing cards include "the Black," "the Purple," "the Red," and "the Green."

"Targeting millennials and Generation Z, 'the Pink' reflects the priority young consumers place on lifestyle rather than social standing, which clearly differentiates it from our previously launched premium cards," a spokesperson from the card company said.

The new credit card focuses on providing benefits to customers who enjoy premium shopping. For every purchase at department stores in Korea and at online shopping malls like SSG.com, 5 percent of the spending will be converted into membership points, or M Points.

First-time customers of "the Pink" card will receive welcome vouchers worth 100,000 won ($90), which can be used at five major hotels in Korea and Lotte Duty Free shops.

The new card can only be issued online, and the annual fee is 150,000 won for both domestic and overseas usage.