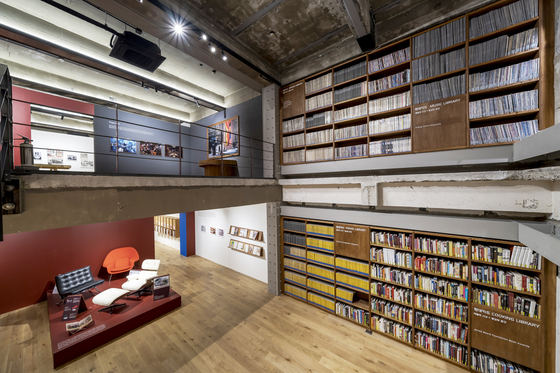 Bookshelves filled with magazines at "The Issue: Hyundai Card Library Magazine Collection through the Ages” exhibition at the Storage by Hyundai Card in Hannam-dong, central Seoul. [STORAGE BY HYUNDAI CARD]


While preparing to open the Hyundai Card Design Library in 2012, Hyundai Card Vice Chairman and CEO Ted Chung asked the team in charge of planning: "Why do people visit the Louvre in Paris?"

"People visit to see the 'Mona Lisa,'" Chung told them, answering his own question. "Our library needs an item like that too."

The team combed through libraries and bookstores in over 40 countries in search of rare books, even after the Design Library opened its doors in 2013. The team examined more than 200,000 books, but found that most were unimpressive.

The team switched gears and concluded that the library's "Mona Lisa" did not necessarily have to be a single book. Instead, it could be full collections of prestigious, world-famous magazines.

The team selected 11 influential magazines and after traveling around the world for the past decade, has finally managed to collect every single issue that has ever been published. The issues were added to Hyundai Card's four libraries, each themed around design, music, travel and cooking. 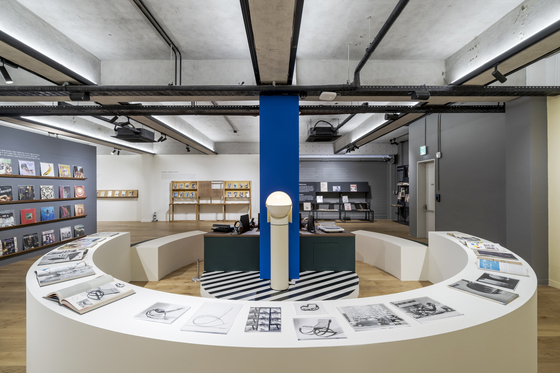 A view of Storage by Hyundai Card [STORAGE BY HYUNDAI CARD]


Now, the entire collection of five selected magazines has been moved to Storage by Hyundai Card in Hannam-dong, central Seoul for an exhibition titled, "The Issue: Hyundai Card Library Magazine Collection through the Ages."

Approximately 8,900 issues of Life, Playboy, National Geographic, Rolling Stone and Domus, deemed to be the most historically significant and influential, are now on display at the small semi-basement gallery located next to the Hyundai Card Music Library. 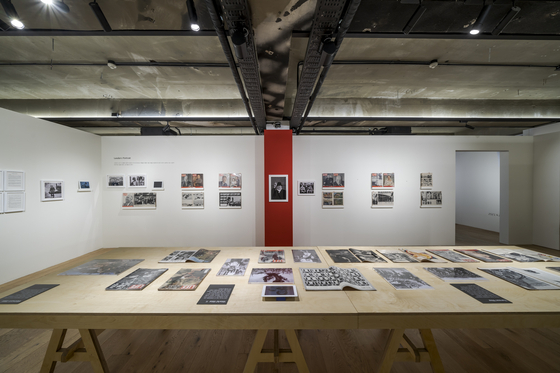 Copies of Life magazine on display [STORAGE BY HYUNDAI CARD]

"A month's issue of a magazine doesn't have much value individually, especially after that month has passed. But it gains value and meaning if they're all together as a collection," said Jung Ji-hye, the manager of the exhibition. "These kinds of full-scale collections are difficult to find anywhere else in the world."

A hallway, whose walls show timelines of historic events, including each magazine's milestones, leads to a zone for Life magazine.

Life, which saw its heyday in the 1950s, especially focused on conflict such as the World Wars, the Korean War and the Vietnam War. It later shed light on gender and racial equality, and remains historically iconic although it ceased publication in 2007. 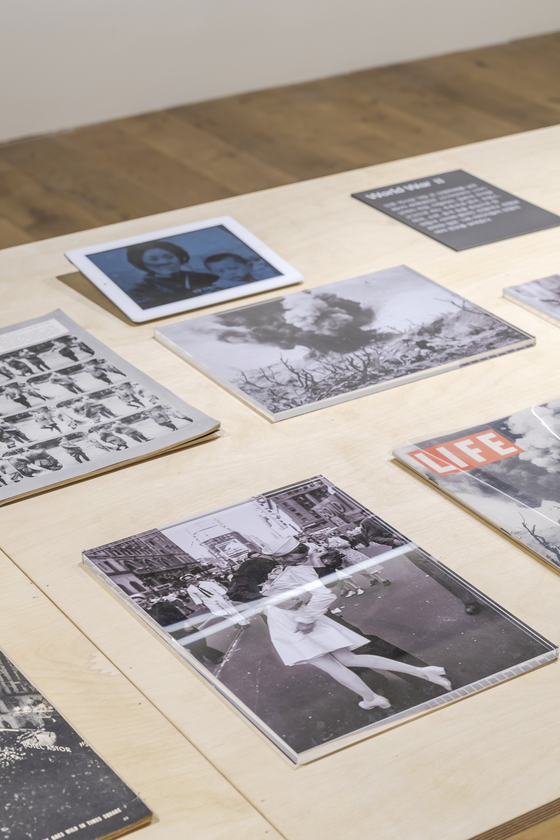 
A large section of the exhibition is dedicated to the men's lifestyle and entertainment magazine Playboy and its legacy. While it does not forget to honor the racy covers featuring hourglass-figured models, it also highlights the lesser known endeavors of Playboy such as its in-depth interviews with human rights activists Martin Luther King, Malcolm X and artist Salvador Dali as well as its extensive patronage of novelists.

While shining light on Playboy's significant role in America's sexual revolution, the exhibition also offers feminist critique on the magazine's exploitation of the female body. Next to a large mural of a voluptuous woman in the iconic "bunny girl suit" reads renowned feminist Gloria Steinem's quote, "A woman reading Playboy feels a little like a Jew reading a Nazi manual," highlighting the duality of Playboy's legacy. 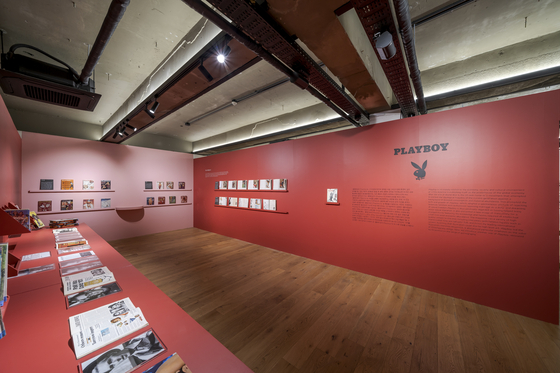 A section dedicated to Playboy magazine [STORAGE BY HYUNDAI CARD]


Another floor down is an entire wall of every single issue of the National Geographic since it was first published in 1888. The magazine is best known for its coverage of nature, history and world culture. More than a thousand copies, each flaunting the iconic bright yellow rectangular frame, sit on an enormous bookshelf. 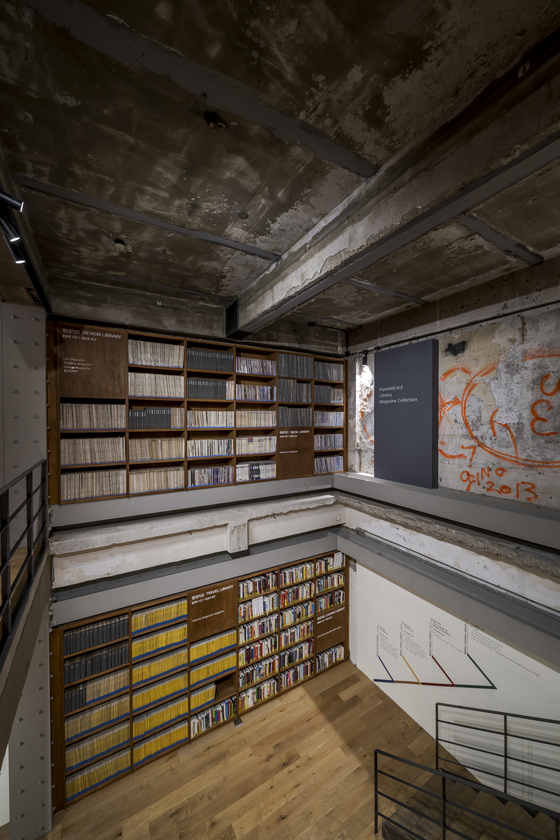 For Rolling Stone, iconic issues such as the one with the infamous nude photo of John Lennon and Yoko Ono as well as the interview with criminal cult leader Charles Manson are on display. As tribute to Rolling Stone's focus on music, a corner with LP players is nearby so that visitors can enjoy the experience of listening to artists such as The Velvet Underground, Adele and Nirvana in LP format. 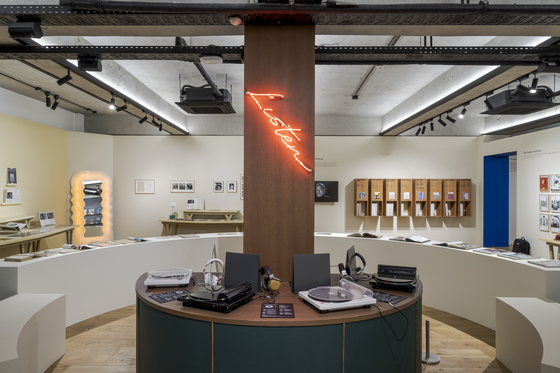 
Another area is dedicated to the Italian architecture magazine Domus and the lifestyle suggestions it has offered since 1928, featuring stylish furniture and home décor objects. Since Domus is approaching its 100th anniversary, the exhibition also features a section honoring the legacy of each editor of Domus so far.

For added fun, "The Issue: Hyundai Card Library Magazine Collection through the Ages" also features a photo spot. Visitors can find copies of the magazines that were published in the year and month they were born; a small delight to top off the visit.

The exhibition runs until July 4.