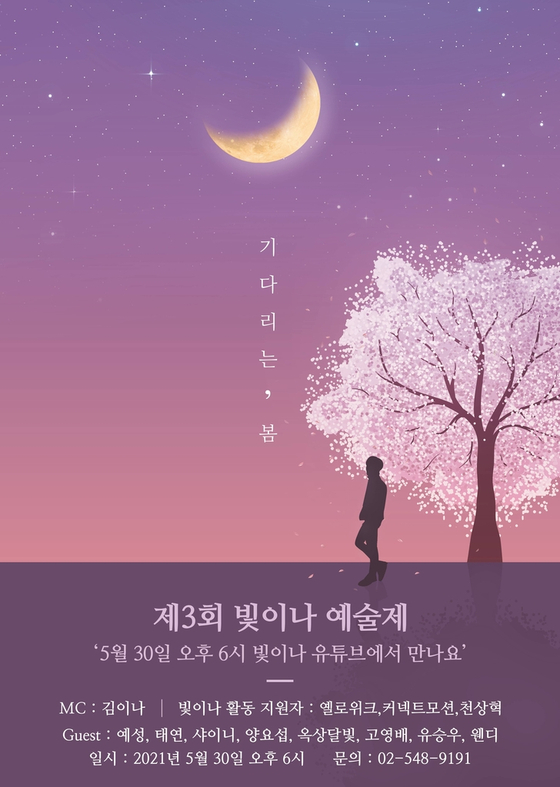 Poster for the 3rd Shiny Art Festival which will be livestreamed on the foundation's YouTube channel from 6 p.m. on Sunday. [SHINY FOUNDATION]


Shiny Foundation, an organization dedicated to honoring the late Jonghyun of the boy band SHINee, will host its third Shiny Art Festival on Sunday, it said on Thursday.

The festival this year will be hosted online due to the Covid-19 pandemic under the title “U & I, I’m always waiting for your story,” taken from Jonghyun’s song of the same title.

Close friends of Jonghyun such as members of SHINee, Taeyeon, Wendy, Yesung, Yang Yo-seop, Go Young-bae, music duo Okdal and Yoo Seung-woo will perform during the festival. Lyricist Kim Ea-na will be the emcee.

The festival will be livestreamed on the foundation’s YouTube channel from 6 p.m. and an edited version is scheduled to be aired on MBC’s radio program “Kim Ea-na’s Starry Night.”

The Shiny Foundation was established by Jonghyun’s remaining family in 2018 to support young artists in need.

Jonghyun took his own life in December 2017.