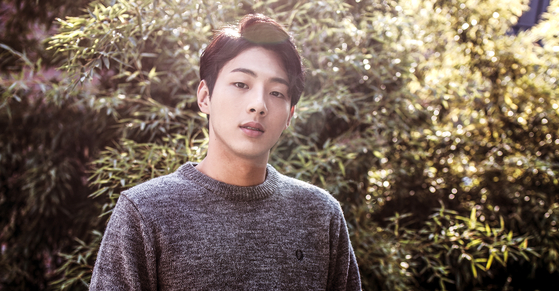 
Actor Jisoo, who halted all his activities after he admitted to school violence, terminated his contract with agency Keyeast and announced he will independently take legal measures against those who are allegedly circulating false rumors about him online.

“After Jisoo was accused of being involved in bullying, he immediately uploaded a handwritten apology on his social media account and personally apologized to the victims whom he could contact,” his lawyer Kim Jung-oh from the law firm Shin and Kim said in a statement.

“But there were some completely false accusations, in particular related to sexual violence, which have been spreading online. Because my client has spent time silently repenting, [the public] seems to regard everything as true,” he explained.

“Jisoo wants to straighten out the facts and illuminate the truth, and he is taking legal action against those who wrote false rumors about him.”

Keyeast also made an announcement about the termination of the contract earlier in the day.

“We evaluated that in the current situation, Jisoo cannot act and the actor did not want to further damage the agency,” the agency said. “We respected the actor’s decision and decided to terminate our contract based on a mutual agreement.”

In March, a series of accusations were posted online, alleging the actor was a bully. Jisoo immediately responded, admitting to his past misdeeds. He was dropped from the KBS series “River Where the Moon Rises” in which he was starring as the lead role and was replaced by Na In-woo. The production studio of the series, Victory Contents, filed 3 billion-won ($2.6 million) in compensation from Keyeast for the damages caused by having to reshoot the drama.

“We will do our best to amicably resolve the ongoing lawsuit related to ‘Moon Where the River Rises,’” the agency said.

Seol Kyung-gu is disappointed his new film is still relevant