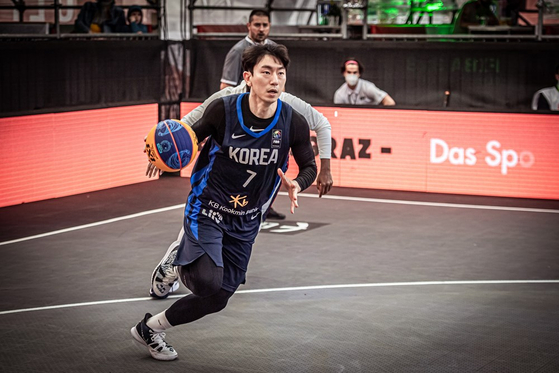 Park Min-su takes the ball in a game against the United States at the 2021 International Basketball Federation (FIBA) 3x3 Olympic Qualifying Tournament in Graze, Austria. [FIBA]

3x3 basketball has its roots in street basketball, with an International Olympic Committee report finding that it is the most popular urban sport in the world. It has gone from the streets to the big stage, as it has been included in the Olympic program for the first time in Tokyo.

3x3 basketball is a separate event from the traditional game of basketball, as it is played on a half court with only one basket and a slighter smaller ball. There are three players for each team with one substitute. The first team to score 21 points within 10 minutes wins. 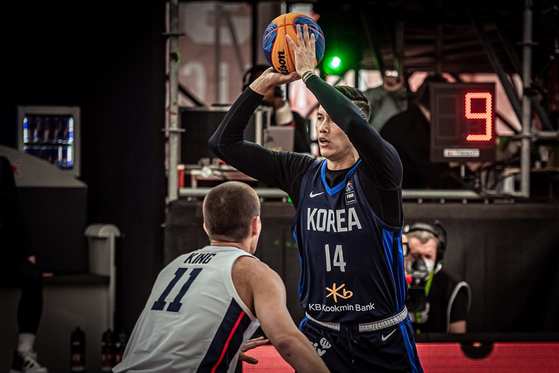 
Korea must finish at least third out of the 20 countries in order to advance to the Games.

To do that, Korea will need to turn things around quickly, having dropped their first two matches without being able to play the full 10 minutes — losing 14-22 against Belgium in the ninth minute on Thursday and 3-21 against the United States on the same day with 4 minutes and 39 seconds left on the clock.

Korea goes on to face Kazakhstan and Lithuania on Saturday.