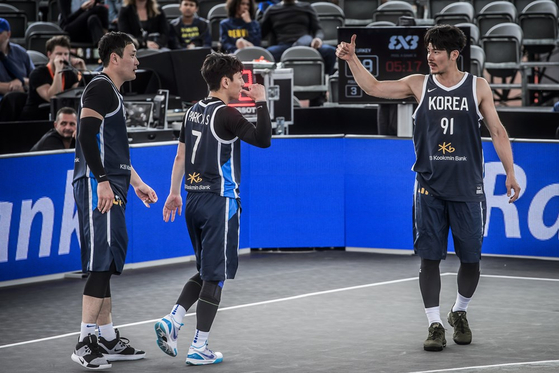 
Team Korea hopes to shoot for gold in a brand new event at the Tokyo Olympics: 3x3 basketball.

Unlike the traditional game of basketball, 3x3 basketball is played on a half court with only one basket and a slighter smaller ball. There are three players for each team with one substitute. The competitive sport has its root in street basketball, with an International Olympic Committee report finding that 3x3 basketball is the most popular urban sport in the world. 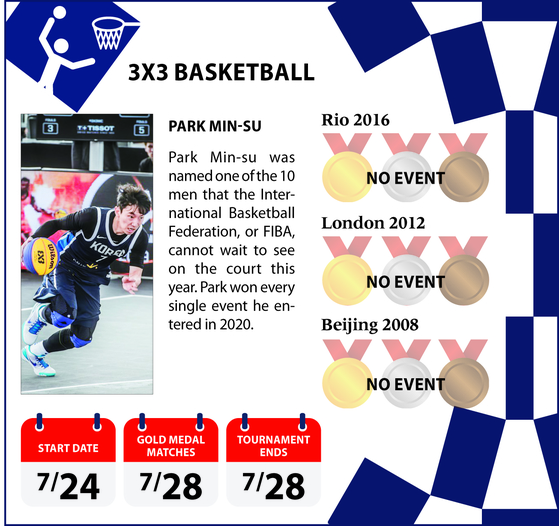 Rather than the three points and two points in traditional basketball, a shot from beyond the arc in 3x3 is worth two points, whereas a shot made inside the arc is worth one. The first team to score 21 points within 10 minutes wins. If neither team reaches 21 points, the team with the highest score wins.

The Olympic Qualifying Tournament was initially scheduled to be held in India during March but was rescheduled due to Covid-19 and will be held in Austria from Wednesday to Sunday.

Team Korea needs to finish at least third out of the 20 countries in order to advance to the Tokyo Olympics.

They will play against Belgium and the United States on Thursday, and will face Kazakhstan and Lithuania on Saturday. 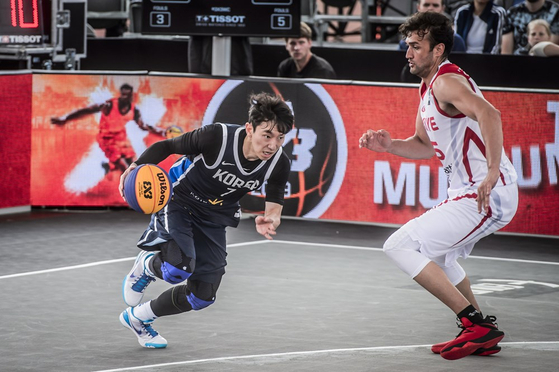 
Just before the start of the qualifications, Park Min-su was named as one of the ten players FIBA can’t wait to see play.

"He can make you dance like your drunk uncle at a family wedding,” the FIBA article said.

At the Tokyo Games, the men's and women's basketball 3x3 tournaments will begin on July 24 and run through July 28.


The group stage runs through July 27 and the knockout games will be held on July 27 and 28, when the gold medal and bronze medal games are held.