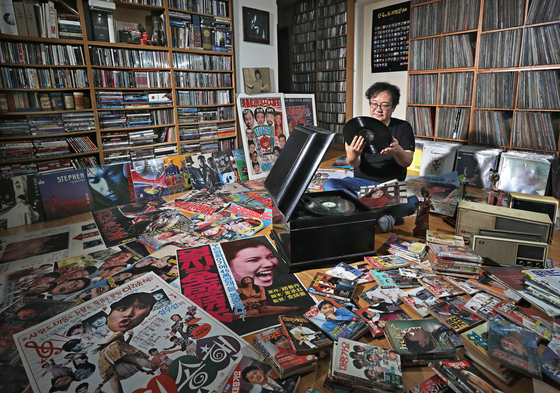 
"A deep-rooted tree does not fall easily. That's why I'm trying to find the roots of Korean pop music," said pop music critic Choi Kyu-sung, who is also the director of the K-pop Database & Research Institute.

"Historical records of K-pop are scattered in pieces. Finding and reorganizing them is like putting a puzzle together. My goal is to find the roots of the century-old history of K-pop and set the record straight." 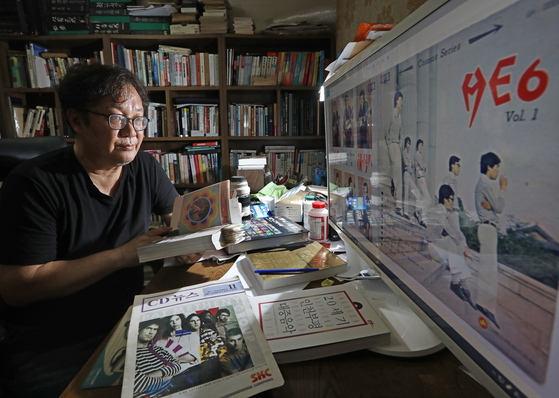 
Choi has had a collector's mentality since he was young, and was particularly interested in Korean pop music, long before it became known to the world. 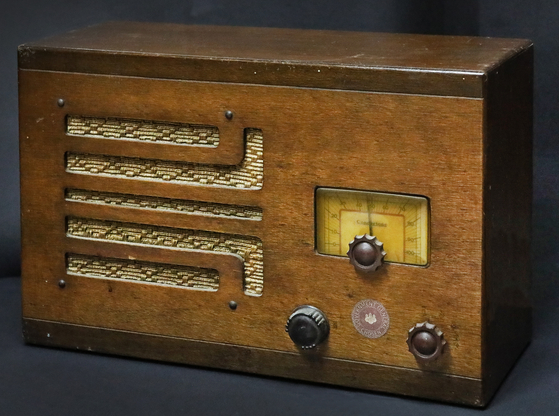 
Choi's passion was ignited in 1973, when he was in the sixth grade and visited a friend's house. The friend's brother was playing "Highway Star" (1972) by British rock band Deep Purple on his record player. Choi, who had only listened to radios before, says he got goosebumps when he heard the music and became infatuated with LPs. He started collecting them, although most foreign artists' records at the time were illegal copies known as bback pan.


Since Choi's family was financially well-off, he was able to collect quite costly LPs one by one. However, his father was against Choi's hobby, fearing he might neglect his studies. So Choi hid his collection in the attic. 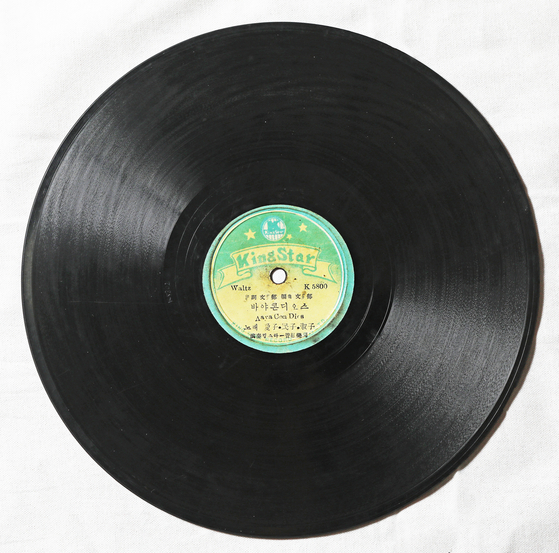 The debut LP of The Kim Sisters, considered to be Korea’s first-ever girl group, released in 1955 under the aliases “Aija, Sue and Mia.” [PARK SANG-MOON]


His collection consists mostly of Korean pop music records, along with some foreign ones. At the time, the Korean public looked favorably upon classical music or pop songs in English, but looked down upon Korean pop music. Choi didn't care what others thought and focused on collecting what he loved the most: K-pop records.

He took a step further and began studying pop music in general, perusing songbooks and booklets, such as the "Pop Song Monthly" (translated) magazine (1971-1987). As a result, his collection of books and magazines also grew, and his attic became so packed that he had to begin renting a storage unit. By the time he entered college, he had collected about 3,000 LPs over a period of seven years. 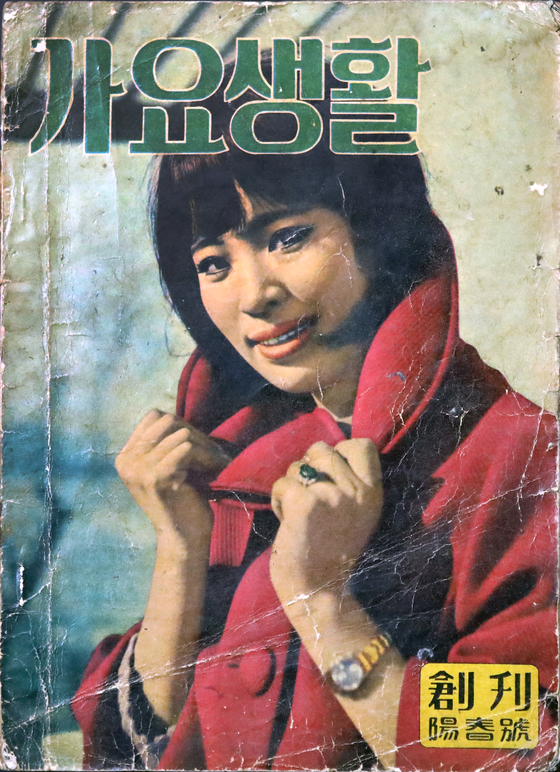 The first issue of the “Pop Music Life” (translated) magazine in 1966, which specialized in pop music. [PARK SANG-MOON]


Around that time, Choi's father opened a restaurant which sold simple dishes like pork cutlet and omelets. In 1970s and 80s Korea, such eateries commonly hired disc jockeys to play song requests from customers, so Choi's father moved all of his LPs to the restaurant. The disc jockeys working there were impressed by Choi's collection.

But one day, Choi got some devastating news; his father had given away all the LPs when he shut down the restaurant. Choi fell into despair and became filled with rage. He held a grudge against his father since then and until his passing in 1998.

Traumatized by losing his entire collection overnight, Choi told himself he would never collect anything ever again. But when he started working as a photo journalist at the newspaper Hankook Ilbo, his determination began to waver. His natural inclination was to collect, and working in journalism gave him access to items that others could not easily see. He soon started collecting miscellaneous odds and ends again. 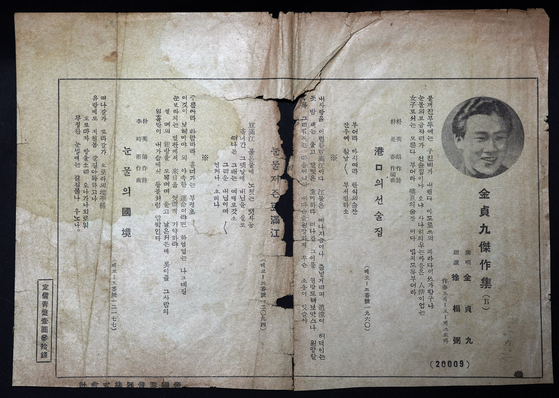 
Choi officially resumed collecting Korean pop music-related items when he started writing a column series titled "Nostalgic LP Journey" (translated) for the Weekly Hankook magazine in 2001. While writing the series for six years, he would visit antique stores and secondhand bookshops all across the country, and even quit drinking to save up to buy expensive LPs. His collection of rare items began to accumulate once again. 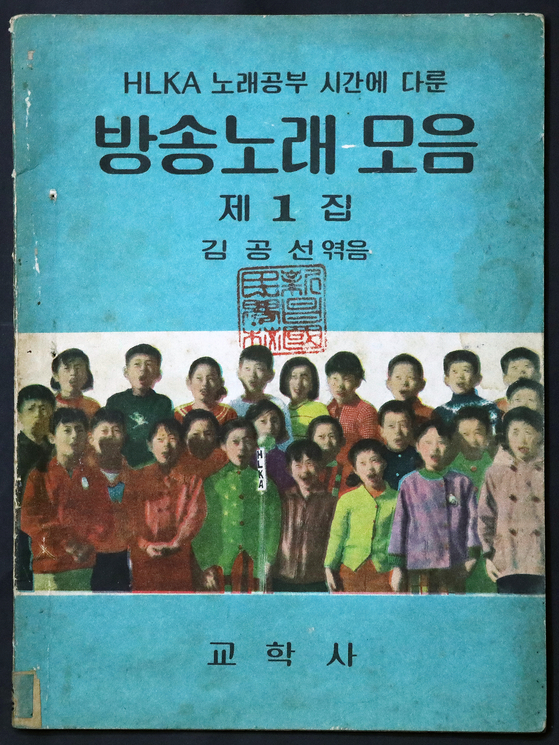 
He finally caught the eye of Korea's largest search engine Naver, which requested him to compile Naver's "Pop Music Encyclopedia" (translated). Over the span of four years, Choi compiled an imperishable record of Korean pop music. The encyclopedia launched in 2016 and currently flaunts 11,360 articles.

Nowadays, Choi is collecting information on singers who performed at Korea-based U.S. Eighth Army camps in the 1960s and 70s. Those performers played an indispensable role in Korean music history, as their experiences on U.S. military bases led to the influx of Western musical influences — rock, folk and other genres — into the Korean music scene.

Very few photographs or lists of performers on the U.S. military bases remain today, but Choi is determined to find them no matter the cost. Almost every famous Korean singer in that era performed on a U.S. military base at some point. 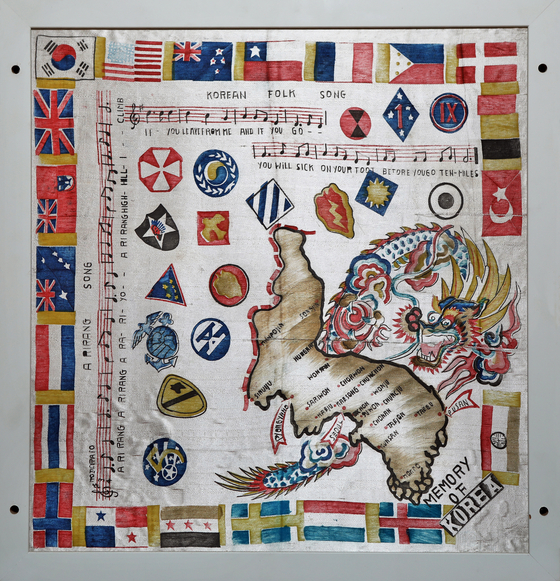 A silk scarf that the United Nations coalition troops took home as a souvenir after the Korean War (1950-1953) ended. The sheet music of Unesco-listed Korean folk song “Arirang” drawn on the scarf gives it historic value. [PARK SANG-MOON]


Last month, boy band BTS won four prizes at the Billboard Music Awards, and the music video for its latest song "Butter" surpassed 100 million views on YouTube within 21 hours of its release, breaking its own record.

K-pop has already become more than just music; it is an internationally acknowledged national brand of Korea. 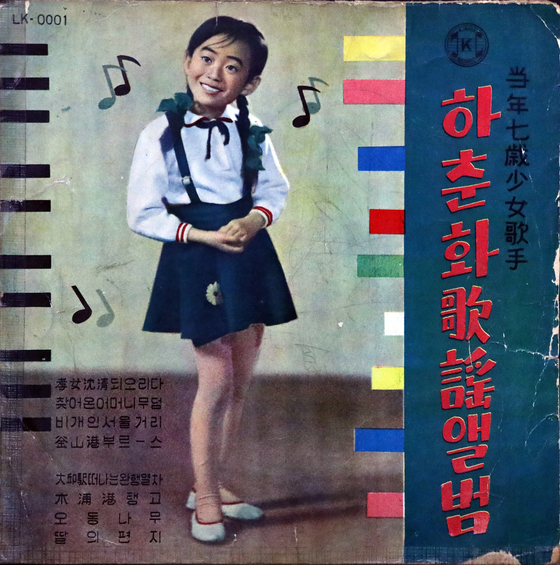 The 1962 debut album of singer Ha Chun-hwa, who is still active in the industry. It was the first album in Korea by a child singer. [PARK SANG-MOON]


Despite its accomplishments, some in the Western world dismiss K-pop's worldwide success as a nouveau riche fad. Choi believes this is because the history of Korean pop music has not been properly established yet, and therefore there is a lack of recognition about how rich the history of K-pop actually is.

The first-ever record containing the singing voice of a Korean was released in 1909, which means the history of K-pop is already over a century old. It is only natural for modern K-pop to flourish upon this rich soil of music history.

Choi believes collecting long-lost and dispersed historical records to establish a coherent history of Korean pop music is his calling.

Preparing to travel to Korea