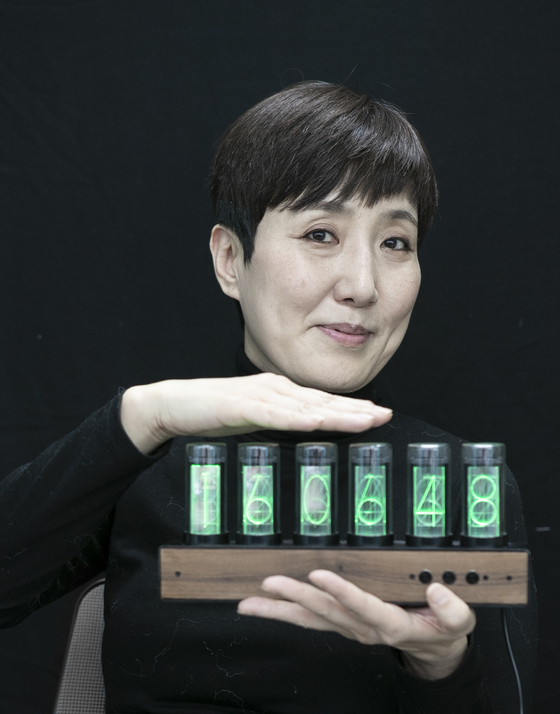 Choi Jung-yun, the founder of 11018 who put together the SBS music documentary series ″The Stage of Legends - Archive K,″ poses for photos during an interview held with the JoongAng Ilbo, an affiliate of the Korea JoongAng Daily in her office in eastern Seoul. She is holding a clock to symbolize her work on archiving history. [KWON HYUK-JAE]


SBS’s 10-episode music documentary series “The Stage of Legends – Archive K” which began on Jan. 3, provided a comprehensive look into the history of Korean pop music, genre by genre, from its beginning decades ago.

It took two years of research, 207 interviewees and 15,012 minutes of footage, much more than Choi Jung-yun, former music director at SBS, had anticipated. Choi quit her job to establish 11018, a company solely dedicated to archiving related data.

What moved her to begin the project was a conversation she had a few years back with Choi Young-in, the head of the entertainment department at SBS, and composer Yoon Il-sang. The three heard that Shin Joong-hyun, one of the oldest and most respected rock musicians in Korea who was born in 1938, was not well. Having witnessed all the dynamic shifts in the music scene over the years, they wondered who would be able to give a first-hand account of the history of Korean music if Shin passed away?

“Without him, could we ever hear the history of Korean rock music? We only hear what has been passed down from musician to musician when they get together for drinks. It’s sad that there’s no proper record of it,” she said. 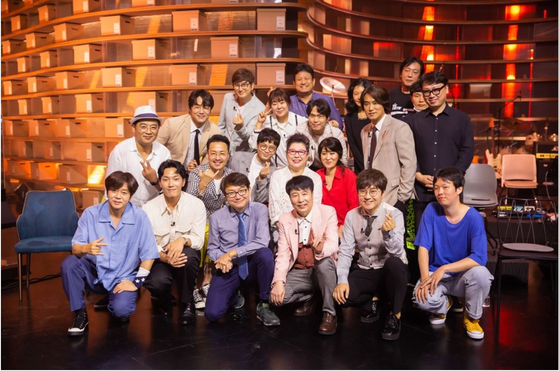 Stars and producers of ″Archive K″ pose together for photos. [SBS] 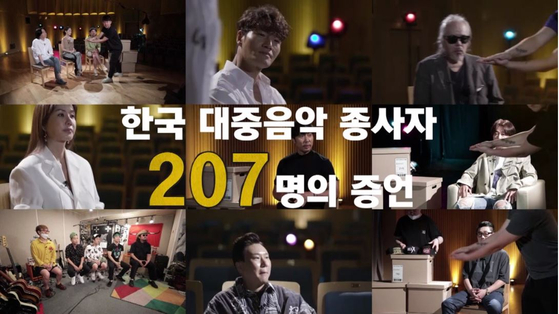 A scene from the SBS music documentary series ″Archive K,″ which began on Jan. 3 and has been running every Sunday evening. The text reads that a total of 207 people from the music industry were interviewed for the show. [SBS]


Thus Choi’s project was born. She had been well-acquainted with music programs thanks to her directing experience with shows such as the audition program “Kpop Star” and the “Fantastic Duo” series. Choi established 11018 and began her work. She was sponsored by Coolidge Corner Investment and KC Ventures.

“I started everything, not knowing it would be this hard,” Choi told the JoongAng Ilbo, an affiliate of the Korea JoongAng Daily, in an interview held at her office in Seongsu-dong, eastern Seoul, last week.

Choi attended an arts middle and high school and majored in composing in university. She then pursued a job in music directing at TV broadcasting stations for over 30 years, during which she always felt “indebted.”

“Back then, it was forbidden for you to listen to pop songs if you were a classical music major,” she said. “But when I heard the songs of Kim Hyun-sik and Deulgukhwa that a friend of mine shared with me when I was in my second year of high school, I was shocked. I felt like it was a totally different world. Since then, I’ve been using such amazing songs made by amazing people, but I felt like I had done nothing for them. I thought it was time that I repaid the debt.” 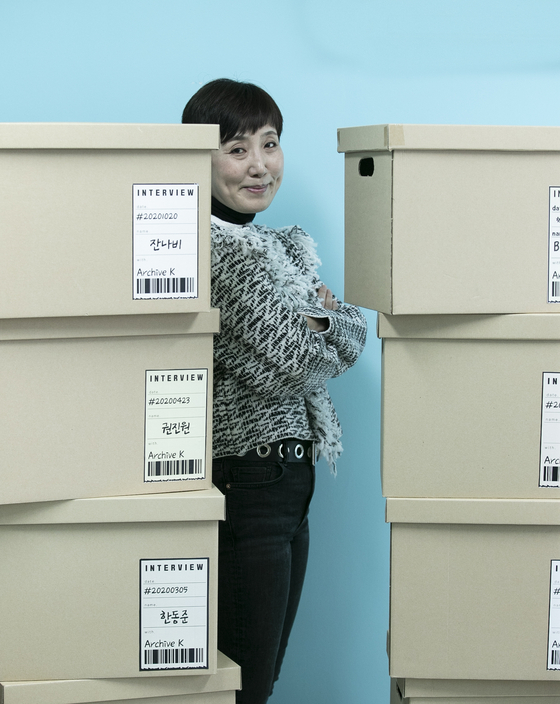 Choi Jung-yun, the founder of 11018 who put together the SBS music documentary series ″The Stage of Legends - Archive K,″ poses for photos during an interview held with the JoongAng Ilbo, an affiliate of the Korea JoongAng Daily in her office in eastern Seoul. [KWON HYUK-JAE]


Choi started by studying papers and books on the history of pop music. Not only were there fewer books compared to other genres of pop culture, but many of them also dealt with supplementary factors such as the social background or the form of expression, rather than the music itself. She based her studies on a thesis by Travis Park, a member of folk band Dongmulwon, as well as interviews with him, unearthing a few pivotal moments in Korean pop music’s history.

“I tried to approach it by genres, like ballads and dance music,” she said. “But when I called Hyun Jin-young a dance music singer, he told me he was a ‘hip-hop singer who was also a good dancer.’ The lines of the genres were blurry. When I started following everyone, I found people with similar music styles in certain places. I put the pieces together one by one.”

This was also the reason why the 10 episodes of “The Stage of Legends – Archive K” were broken up into seven categories, according to Choi. The first two episodes walk the audience through the history of Korean ballads, while the third episode ups the tempo by exploring the dance music played at night clubs and popular DJs. The fourth episode tells the story of central Seoul Itaewon’s Moon Night, a hub of 90s’ dance musicians and hip-hop, then the story of western Seoul’s Hongdae and its indie music scene. The seventh episode focuses on the diversity of the music pursued at central Seoul Daehangno’s Hakchon Theater, the eighth episode on Dong-A Plan entertainment agency, and the final episodes cover K-pop’s world domination. 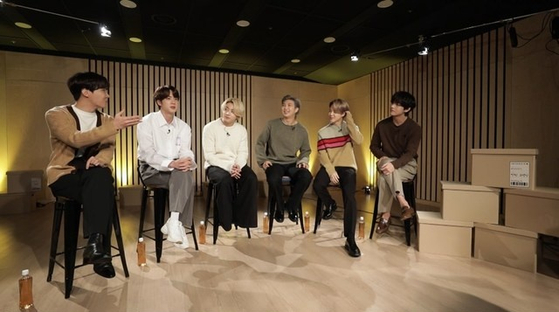 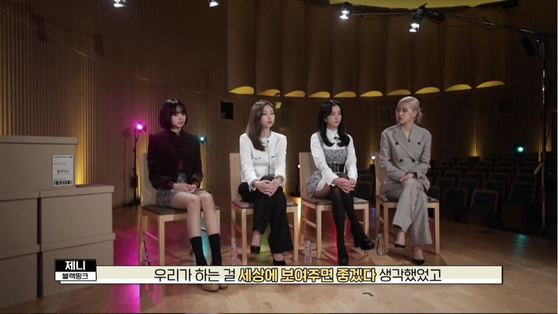 
“There has been a lot of analyses on the success of BTS and Blackpink and how they stormed the global stage,” she said. “But there was other momentum, too. [The 1997 drama series] ‘A Wish Upon a Star’ and its lead actor Ahn Jae-wook started a Hallyu [Korean wave] craze in China, while K-pop acts such as H.O.T., BoA, Wonder Girls and Rain all laid stepping stones in their own ways. Psy’s music video for ‘Gangnam Style’ [2012] saw huge popularity and that made us realize that YouTube could be just as important as a platform as radio. Major music charts such as Billboard changed their tally system as well and we benefited from that.”

Choi picked the interview she had with Hakchon Theater’s president Kim Min-gi as her most memorable. When asked why he kept putting on children’s shows when they didn't make much money, Kim told Choi that it was because he wanted to “keep feeding children with their mothers’ milk,” which touched Choi’s heart.

“I really felt his sincerity, even if it didn’t pay well,” she said. “I only talked to him once, but he let me use all the data from Hakchon’s past, which was very helpful. We began by changing all the different [analog] formats of data into digital.” 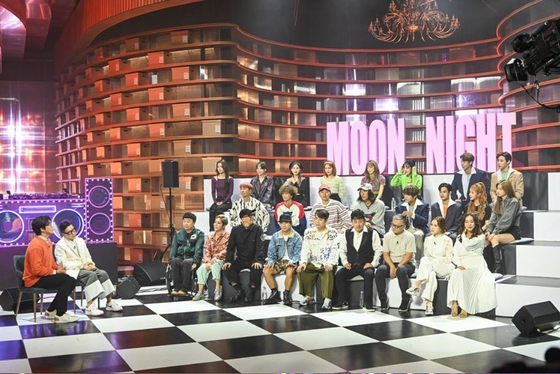 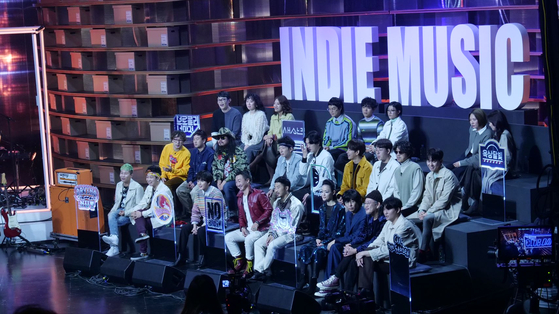 
She added that she will start “a Hakchon revival project” to make sure that more singers and audiences can come together at small theaters in Daehangno, seeing as how so many theaters that once led the cultural scene, have now disappeared. The next project after “Archive K” has already begun and there are various bidders for the program, such as online video platforms.

“There were so many things that we didn't get to touch on,” said Choi, adding that while “Archive K” may end on March 14, the 11018 project has just begun. “There are so many people that we haven’t met, like Choi Yong-pil, Na Hoon-a and Seo Taiji. I want to meet with not only singers but composers, songwriters and instrumentalists who all come together behind the scenes to make music together and tell their story.”

There is an ongoing campaign that fans can join, dubbed the Archive K Challenge, where people can send in their own videos or other records they have of Korean musicians. An online platform where users and musicians can collectively share their records and opinions about Korean music is also in the process of being made.

“It was sad to see the present become the past and not be recorded as history, but just disappear,” said music critic Kim Zakka, who also took part in the project.

“We will make an archive of artists and the people who have helped them, or a lineage of other related people. We’re setting up a pool of data that can be reborn as secondary content. Just as ‘The Veritable Records of the Joseon Dynasty’ inspired so many dramas and films when it was digitalized, we hope that the new platform will inspire new music and new stories.”