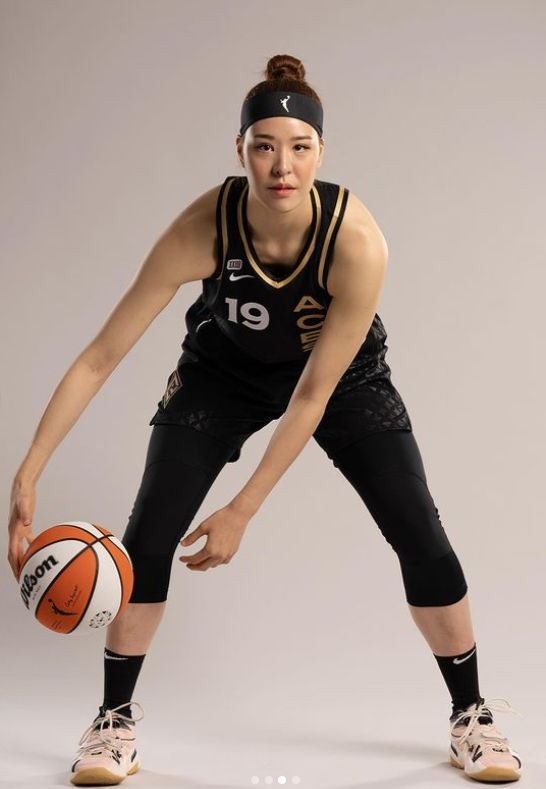 
Las Vegas Aces center Park Ji-su tallied her WNBA career-high eight points, three rebounds and a steal in a 101-78 win against the Indiana Fevers at the Michelob Ultra Arena in Las Vegas, Nevada on Sunday.

This is Park’s best game since her WNBA debut in 2018. Until Sunday, her personal best was seven points, three rebounds, one assist and one block in a game against Chicago Sky in July 11, 2018.

On Sunday, Park played 10 minutes and 29 seconds and tallied a total of eight points with a two-pointer and six free throws following fouls.

Park also made three rebounds, two offensive and one defensive.

Park scored two free throws in the first quarter. Toward the end of the game she added a lay-up, leaping from below and bouncing the ball off the backboard and into the basket. With just about 30 seconds left on the clock, she scored four free throws.

The Aces have won three straight games now and sit at second on the western conference table with five wins and two losses. The Aces go on to face the Connecticut Sun on Wednesday.