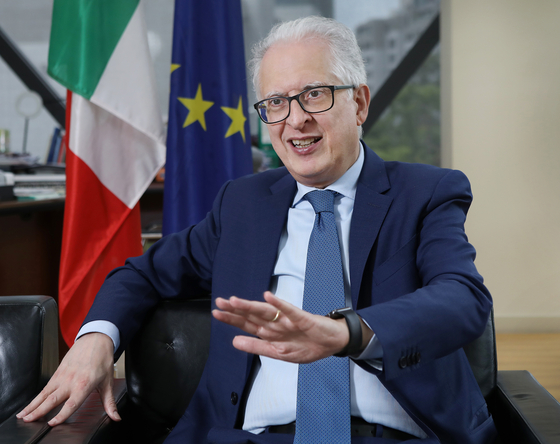 Federico Failla, ambassador of Italy to Korea, speaks with the Korea JoongAng Daily at the embassy in Seoul on May 25. [PARK SANG-MOON]


This summer, Koreans may be able to travel to Italy without a quarantine — vaccinated or not.

“If I were to fly to Italy from Korea today, I would have to stay in quarantine for 10 days upon arrival,” said Italian Ambassador to Korea Federico Failla. “We are working to lift these restrictions as soon as possible, possibly by the end of the month.”

The European Council, the executive body of the European Union (EU), recommended lifting travel restrictions on travelers from a number of non-EU countries including Korea, Australia, China and Israel, last month.

“We are trying to lift the restrictions [quarantines] independently from whether the people have been vaccinated or not, since the numbers on Covid [infections] in Korea are very encouraging — very low, compared to many other parts of the world,” Failla said. “Measures such as testing upon arrival would follow in this case.”

However, unvaccinated non-essential travelers will still be subject to the 14-day quarantine upon their return to Korea, following the social distancing rules in place in Korea.

Failla sat down with the Korea JoongAng Daily recently to mark the Republic Day of Italy, which falls on June 2, and to discuss some of the latest cooperation between Italy and Korea on battling the pandemic.

Vaccinations are in full swing in Italy, with about 38 percent of the population given the first dose of Covid-19 vaccines. The country expects to reach herd immunity by Sept. 9 at this pace, assuming everything goes as planned.

Popular tourist destinations such as Rome have begun to ease social distancing measures since last month, with more people seen recently enjoying drinks and dinner together at restaurants and cafes. 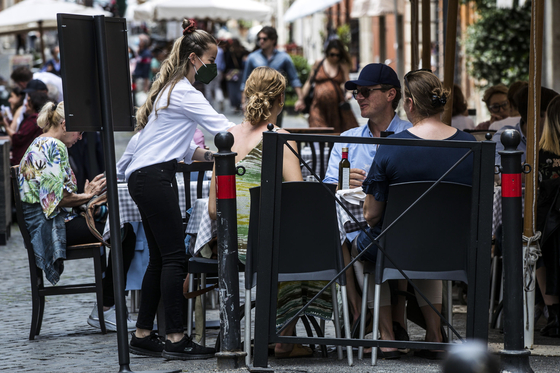 People have lunch at a restaurant in the center in Rome on May 30. [EPA/ANGELO CARCONI/YONHAP]


The picture paints a stark difference from this time around last year, when the nation was recording the highest number of Covid-19 infections and deaths in Europe. Italy implemented a nationwide lockdown for two months from March to May in 2020.

Recalling that time, the top envoy from Italy said he was thankful for the onset of what “finally felt like spring” this year, as the nation started easing restrictions in light of lower numbers of infections and ongoing vaccination programs.

“Going out to eat at a restaurant, working out at a gym, going to the cinemas and concerts — these are nothing special, but essential parts of what one considers normal life, and we are glad to finally welcome them back into our lives,” Failla said.

The sense of recovery was all the more appreciated as the people of Italy celebrate one of the most important national holidays this month.

Republic Day, or the National Day of Italy, is celebrated on June 2 every year. It marks the historic event on June 2, 1946, when Italians passed a referendum to end the monarchy and begin a republic.

In addition to a military parade in Rome, the annual festivities usually include concerts in the gardens of Quirinale Palace in Rome, though some of the events may be scaled down. 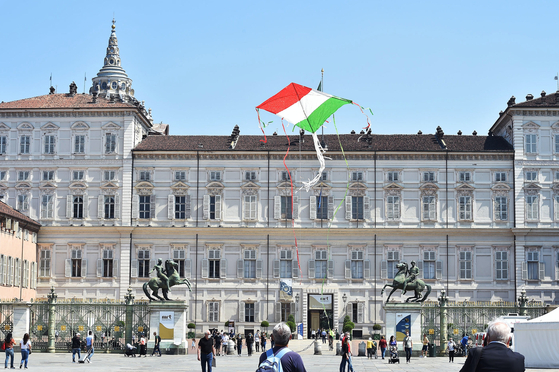 A tricolor kite is seen in Castello Square on Italy's Republic Day (Festa della Repubblica) in Turin, Italy, on June 2, 2020. The anniversary marks the founding of the Italian Republic in 1946. [EPA/ALESSANDRO DI MARCO/YONHAP]


To bring some of the festivities to Korea, the Italian Embassy hosted a festival on Italian food and films in Chuncheon, Gangwon, last week, and is planning an exhibition to showcase some of the classic works of Raphael at the Jeju Aerospace Museum from July 1 to Oct. 31.

As tourism once made up 13 percent of Italy’s GDP, according to the Organization for Economic Cooperation and Development (OECD) in 2017, reopening the nation to tourists will have a visible impact on its economy. The number of Korean tourists to Italy surpassed 1 million in 2019, after growing steadily from around 786,000 in 2015, according to Italy’s official tourism agency Agenzia Nazionale Turismo.

A return to normalcy in a post-Covid era will lead to additional benefits for the European nation this year, as it looks to host two major multilateral forums.

Italy is co-host of the 26th Conference of the Parties (COP26), the climate change forum of the United Nations, and president of the G-20 summit this year.

Later this month, it is also attending the G7 summit in Britain that will be joined by four non-G7 nations, including Korea.

“We welcome the addition of South Korea, India, Australia and South Africa to the G7 meeting,” Failla said. “It is important to have countries present in these gatherings who can contribute different perspectives.”

Korea’s response to the pandemic has been exemplary, Failla said, and there is something to be gained from looking at the way Korea has built its public health system that could respond to the pandemic from day one.

“We don’t know that this is going to be the last pandemic of mankind, and in that sense, we need to get ready to respond if another comes,” Failla said. “And what Korea has done was no miracle — it was able to respond to the pandemic from the day one, because it was prepared. Everyone in the system knew what they had to do. This is something that we can all learn from.”

Italy is planning to host the G-20 summit in person in December this year.

Centered around the theme of “people, planet and prosperity,” the summit will seek to garner global action to tackle the pandemic and to build back better — including transforming the way businesses have operated.

“Environmental and energy transition is not [just] a moral duty, it is something that is absolutely necessary,” Failla said. “There is no other way when it comes to climate change. We need to act now and we need to act fast, before it is too late.” 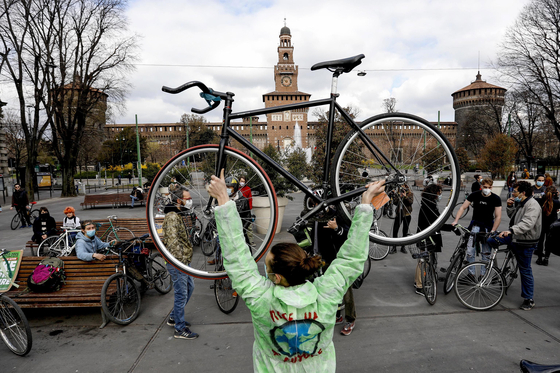 Climate activists and supporters of environmental organizations take part in the "Bike for Future" event as part of the Fridays for Future rally in Milan, Italy, on March 19. [EPA/MOURAD BALTI TOUATI/YONHAP]


Italy in March pledged to cut its greenhouse gas emissions to 60 percent of its 1990 levels by 2030, raising its target nearly two times that of its initial plan to cut down emissions by 33 percent by the same year. The EU plans to cut emissions by at least 55 percent by 2030, compared to 1990.

Korea’s target stands at 24.4 percent by 2030. Although there were expectations that Korea would announce a more ambitious target during the Partnering for Green Growth and the Global Goals 2030 (P4G) Summit which concluded in Seoul on Monday, expectations fell short as the Korean government reiterated its commitment to announce a heightened target by COP26.

As a co-host of COP26, Italy is hosting the Pre-COP in Milan, a preparatory meeting held before the COP in a more informal setting for countries to share ideas and coordinate policies. Around 35 to 40 countries will be attending the meeting, which includes a youth summit, from Sept. 30 to Oct. 2.

“The real stakeholders in climate change are the youth,” Failla said. “I may not see the extreme consequences, but it will be my son, and people in his generation and the younger generations, who will have to live through the consequences. We must take responsibility now.”

Taking note of the fact that Korea and many other countries have constructed Covid-19 recovery plans by focusing on the green sector, such as green transportation and infrastructure for renewable energy, the top Italian envoy stressed that going green will be the engine for long-term economic growth.

“If we consider the costs of production today, coal-based production is still the cheapest, but that’s not counting all the costs involved with recovering the damage to environment inflicted by burning coals,” Failla said. “Renewable energy is not a magic wand, it’s not going solve all problems at once, but it will be the engine of development for not just Europe and Korea but the rest of the world going into the future.”