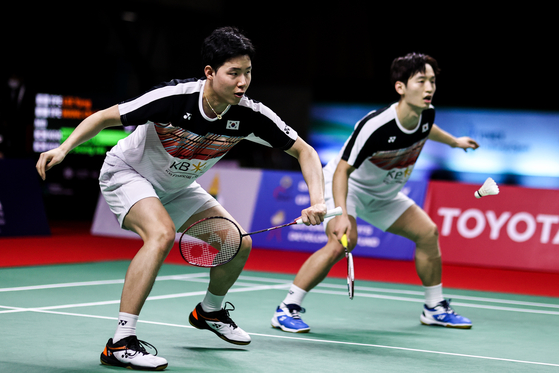 Seo Seung-jae and Choi Sol-gyu compete in the men's pairs match against Russia at the HSBC BWF World Tour Finals 2020 on Jan. 29 this year in Bangkok, Thailand. The duo won the match 2-1. [YONHAP]


Korea will contest all five badminton events at the 2020 Tokyo Olympics as the national team looks to reclaim its former glory on the court.

Korea is one of only nine countries competing in all five badminton events in Tokyo, alongside Canada, China, Denmark, Great Britain, Indonesia, Japan, Malaysia, Netherlands. Korea is the third-highest ranking team in terms of total Olympic medals, after China and Indonesia.

Each country can enter a maximum of two athletes in the men’s and women’s singles event if both are ranked within the top 16 in the Badminton World Federation (BWF)’s "Race to Tokyo" ranking.

The rank cutoff date was originally June 15, as three BWF tournaments were scheduled to run through May and June.

With the three tournaments canceled, world No. 16 Sung Ji-hyun misses out on her chance to compete in Tokyo as she ranks below Kim on the "Road to Tokyo" ranking, despite ranking above her in the world ranking.

Usually the Olympic qualifier ranking and the world ranking are identical, but the postponement of the Games and rescheduling of tournaments caused the two to differ. 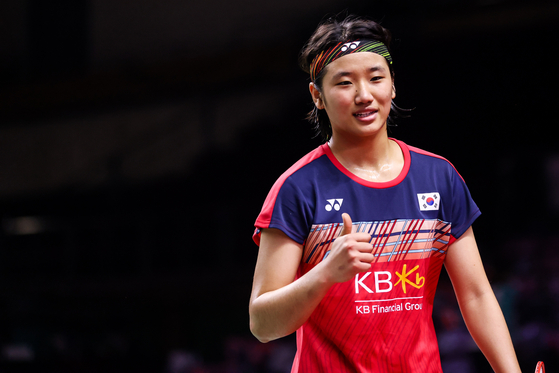 World No. 8 An Se-young celebrates after beating Carolina Marin of Spain 2-1 at the HSBC BWF World Tour Finals 2020 on Jan. 29 in Bangkok, Thailand. [YONHAP]


Nineteen-year-old An ranks highest in the Korean women’s single squad, as she sits at eighth on both the world and "Race to Tokyo" ranking.

An joined the national team in 2017 at the age of 15 after winning every single game at the national team qualifiers, the first person to sweep the event. She was also awarded the Most Promising Player of the Year award by BWF in 2019. 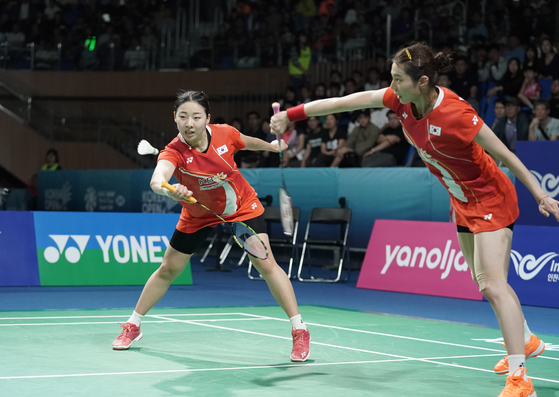 
For the doubles event, two pairs can qualify for each country if both are ranked in the top eight. Choi and Seo rank seventh for men's doubles and the two women's doubles pairs rank fourth and fifth. Seo and Chae rank sixth for mixed doubles.

Korea has six gold medals in badminton, making it the country's sixth-most successful Olympic sport, after archery, taekwondo, judo, wrestling and shooting. Despite that success, Korea struggled at the 2016 Rio Olympics, winning only one bronze medal in the event. 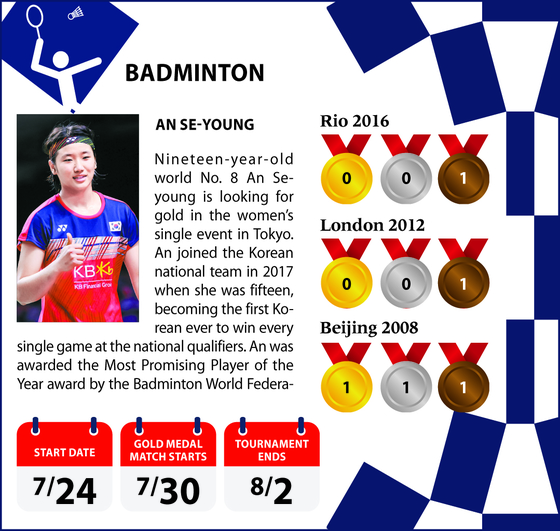 At the Tokyo Games, the badminton events run from July 24 to Aug 2.

The preliminaries start on July 24, gold medal matches follow on July 29 and the event ends on Aug. 2.