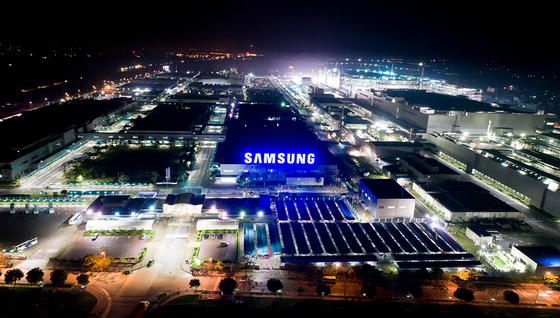 
A recent spike in the number of coronavirus cases in Vietnam has impacted the operation of Samsung Electronics' smartphone factories, as regional lockdowns slow production and limit parts supply.

The electronics maker has two Galaxy production facilities running in Bac Ninh and Thai Nguyen, but at a lower operation rate in the wake of the recent spike in cases.

“Following the movement restriction order in Bac Ninh and nearby regions, we’ve brought in more workers to corporate dormitories so that they can be exempt from the rule,” a spokesperson at Samsung Electronics said.

“Even with the measure, the factories run with a reduced workforce, which will negatively affect production capacity.”

The disruption comes as the Korean manufacturer also grapples with disrupted production at its smartphone factory in India, where cases have shot up recently.

The northern part of Vietnam — including Bac Ninh, Bac Giang and Hanoi — is hit hardest by the fourth wave of the coronavirus that began at the end of April, causing hundreds of new daily cases. The country also detected a new coronavirus variant last week that combines characteristics of the two existing variants first found in India and Britain.

The spokesperson confirmed on Wednesday that the Vietnamese government has provided 15,000 doses of the AstraZeneca vaccine for employees at the smartphone maker and its affiliates Samsung Display and Samsung SDI.

“We will allocate the vaccines to key workers at production lines,” the spokesperson said.

More than 20,000 people work at the phone factory in Bac Ninh and around 35,000 at Samsung Display’s plant in the same province, meaning that at least 40,000 more shots are required to fully vaccinate all workers in the region.

The Bac Giang provincial government has also ordered the collective shutdown of large industrial complexes where more than 100 Korean companies are located.

“Bac Giang is the epicenter of the fourth wave of the coronavirus,” said an official at the Korea Trade-Investment Promotion Agency (Kotra)’s Vietnam office in Hanoi.

“The provincial government suspended the region’s industrial complexes and factories and about 160 Korean companies closed following the order,” the official told the Korea JoongAng Daily.

Of the 160 companies, 18 are main parts suppliers to Samsung Electronics, according to the official.

The company said that it is trying to operate the factory with minimum staff and keep workers inside the work site in accordance with the government order.