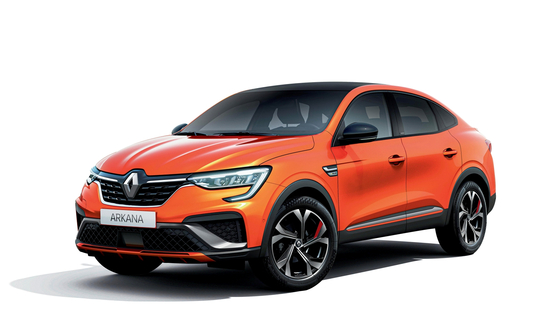 Kumho Tire is the exclusive tire supplier for Renault Samsung Motors’ New Arkana SUV, an export version of the automaker’s XM3 SUV for the European market.

The Korean tire company said its bestselling Ecsta HS51 will be used on the New Arkana.

Renault Samsung Motors’ XM3 is a compact SUV which launched in Korea in March last year and quickly became one of the automaker’s bestselling models. It launched in the European market in March this year under the name the New Arkana, targeting France, Germany, Italy and Spain, among others. The export model is built at Renault Samsung's Busan factory.

The New Arkana is the top-selling export model for the carmaker at the moment, delivering a total of 12,626 units this year as of May. Renault Samsung plans to expand exports to the Middle East and South America as well.

Ecsta HS51 is Kumho Tire's bestselling tires in the European market and recently obtained the highest grade at the summer tire test ran by Auto Bild, a German publication. The tire was recognized for its stable performance, regardless of road conditions.