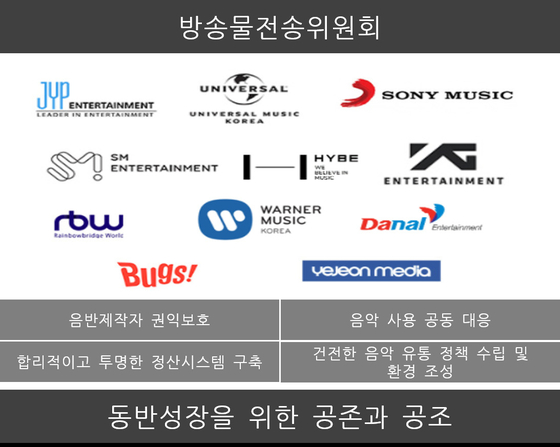 
Major Korean record labels formed a committee for a coordinated response toward over-the-top (OTT) streaming services using their music, according to the Korea Music Content Association (KMCA) on Wednesday.

The KMCA announced that eleven of its members, which include major domestic and multinational record labels, launched the Broadcasting Transmission Committee (translated).

The committee will discuss key issues and policies regarding OTT and Internet Protocol Television (IPTV) platforms’ usage of music in their video-on-demand (VOD) services, which has been a long-standing feud.

The committee said while the platforms should grow in order to expand the market, there also needs to be a system that profits copyright holders as well. It aims to establish a cooperative system between copyright holders and users.