Attention is being paid to who is coming and who is leaving Seoul’s hotel scene. While new luxury hotels open their doors in the hopes of enticing people who want to splurge on staycations, hotels that have been hit hard by travel restrictions during the pandemic are shuttering. Amid changes in the industry, hotel-goers are sharing information on social media channels to help each other get the best experiences possible.


Ultimate luxury
Josun Palace, which was labeled the first Luxury Collection hotel in Korea by its affiliate hotel chain Marriott International, opened its door on May 25 in the area that used to house hotel Renaissance in southern Seoul’s Gangnam District.

Different from many existing luxury hotels which target families with kid-friendly facilities, Shinsegae Hotel and Resort decided to provide a more relaxing destination just for adults with Josun Palace, the most luxurious hotel in its portfolio.

Its new sister brand Grand Josun, which has opened branches in Busan and Jeju since last year, caters to families.

Joson Palace does much to create a royal ambience from the main entrance on the underground level all the way to the lobby on the 24th floor. Guest rooms are on the higher floors of new office building Centerfield, which is also expected to have many fine dining restaurants and retail shops. You will be greeted with incredible views of Seoul from almost anywhere inside the hotel. 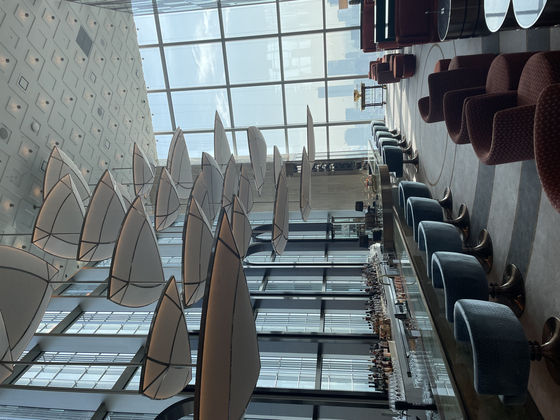 To amplify the experience, the hotel installed windows measuring nine meters (29.5 feet) in height in its iconic 1914 Lounge & Bar. Art installations that hang from the ceiling prove popular among visitors who post pictures on social media with the artworks as their backdrop. Its swimming pool, fitness center, and restaurants all have floor-to-ceiling windows. Its restaurant Eatanic Garden is particularly beautiful at sunset.

Rooms are spacious and come equipped with an additional seating area by the floor-to-ceiling windows. The bathroom feature tubs for those who want to relax without having to go all the way to the sauna on another floor, and offers amenities by Byredo. For those who want to enjoy a refreshing drink from the comfort of their rooms, mini bars are stocked with The Botanist gin and Thomas Henry tonic water. 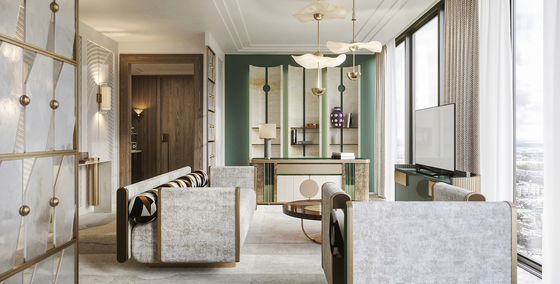 “Just like Chosun Hotel (when it first opened in 1914) was the place for important guests from Korea and overseas, Josun Palace will succeed such heritage and continue to provide the ultimate hospitality,” said Han Chae-yang, the CEO of Shinsegae Hotel and Resort.

Since the hotel is located in the heart of Teheran-ro where many start-ups call home, it is expected that it will attract a new crowd that does not have much experience with luxury hotels. Many travel industry experts are also closely watching to see what other amenities will spring up around the hotel and make the area more enjoyable. 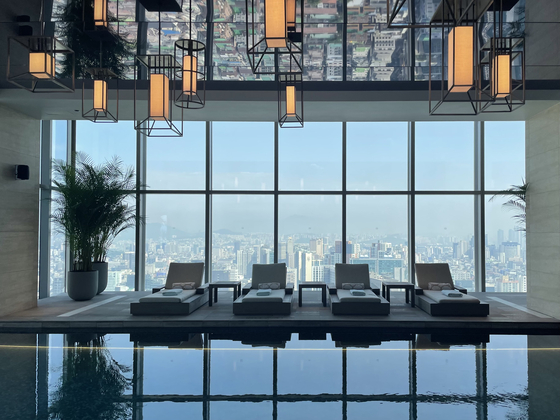 
“It will be like a playground for adults,” said a communications official for the hotel. "Here you are the owner of a palace who can just forget the trivial things in life."

Just a few months before the arrival of Josun Palace, Fairmont Ambassador Seoul, the first Fairmont hotel to open in Seoul, created a similar buzz among frequent hotel-goers. The hotel, which opened in February, calls the office-heavy Yeouido in western Seoul home and attracts people looking to spend their weekend in the hotel and shop at the newly opened mall, The Hyundai Seoul.

Long-term stays
Existing brands are doing their best to offer new services and promotions. With increased interest in staycations at luxury hotels, many are looking to diversify their services and add something new to allure first timers or keep existing guests coming back for more.

To bring up the occupancy rates, hotels are offering guests a chance to buy rooms for the entire week or even for a month. Lotte Hotel Seoul in March unveiled its promotion “Once in a Life,” which runs until July 15 and offers rooms for 30 days for as low as 3.4 million won, a tempting deal for many given that a night in the cheapest room usually costs around 200,000 won.

People who work in offices in central Seoul but commute from far away are making use of the deal to take a break from the monotony of their daily commutes. The deal also gives guests access to the hotel facilities like its fitness center, pool, restaurants, cafes, and sauna, that follow the highest hygiene standards. The hotel saw reservations from 20 guests for the deal in the first week, which is equivalent to the sales of 600 rooms.

“The new promotion to cater to guests getting used to the ‘new normal’ got better reviews than we expected, so we decided to offer a similar promotion at other Lotte hotels across the country,” said an official with the hotel’s communications team.

Ryse, Autograph Collection, in northwestern Seoul’s Mapo Distict is also offering a similar promotion to live in the hotel for a month, with prices starting from three million won, until the end of this year. It also allows pets.

Serial shutdowns
The hotels that didn't survive the pandemic are set for a makeover. After being sold to developers, there are plans for them to be transformed into premium residences, retail shops and offices.

Major hotels that were once considered as their neighborhood’s landmarks have been shutting since the beginning of this year.

In January, Sheraton Seoul Palace Gangnam in southern Seoul’s Seocho District closed its doors after 40 years. It was the first hotel in Gangnam District to get the highest tier rating before Korea set up the five-star rating system. Le Meridien Seoul in southern Seoul’s Gangnam District, which was renovated from the former Ritz Carlton and opened in 2017, shut the following month.

Both hotels, given their prime location, are expected to be renovated and turned into premium residences. Sheraton Seoul Palace Gangnam is steps away from the Express Bus Terminal and Shinsegae Department Store’s Gangnam branch, and Le Meridien is within walking distance from busy retail shops around Gangnam Station. 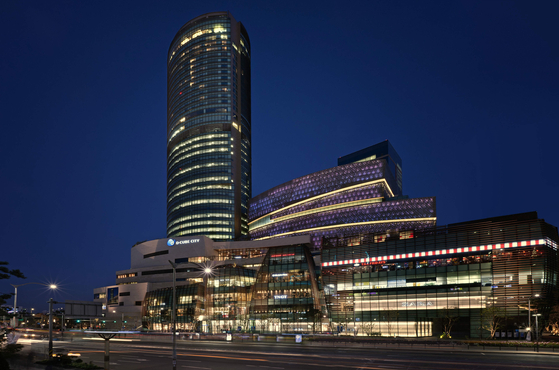 Some hotels are putting themselves on the market while gradually cutting down on their services. Sheraton D Cube City Hotel, the only five-star hotel in western Seoul’s Guro District, has recently signed a memorandum of understanding with Singapore-based Keppel Investment Management to sell the facility. The company is expected to make the hotel a part of large-size office town alongside office buildings it acquired in the same area last year. The hotel canceled bookings of its event areas after November. The hotel is part of the multi-complex D-Cube City in Sindorim that has offices, a hotel and retail shops. 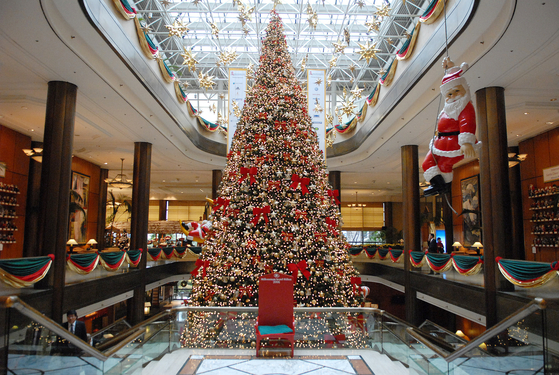 Millennium Hilton Seoul is known for its Christmas tree, one of the tallest in any hotel in Korea. [MILLENIUM HILTON SEOUL]

Millennium Hilton Seoul, well known for its annual Christmas decorations, is also being sold to Igis Asset Management, which plans to turn the hotel into an office space in central Seoul, given its proximity to Seoul Station and Sungnyemun.

Some of the more casual spots like Crown Hotel in central Seoul’s Yongsan District and Glad Live Gangnam in southern Seoul’s Gangnam District are also in the process of selling the properties.