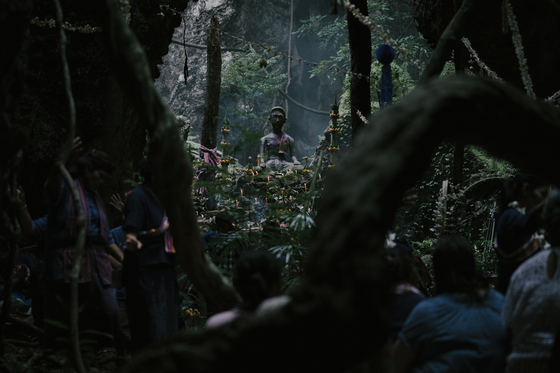 Scene from ″The Medium.″ [SHOWBOX]


“The Medium,” a horror movie produced by Na Hong-jin, director of “The Wailing” (2016), is set for local release next month.

“The Medium” is about a mysterious phenomenon besetting a shaman’s family in the Isan region of Thailand. It is directed by Banjong Pisanthanakun, known for the horror films “Shutter” (2004) and particularly “Pee Mak” (2013), which holds the box office record for  Thailand, over 10 million ticket sales.

According to distributor Showbox, Na co-wrote the script. It is his first time producing a film.

After its release in Korea, the film is scheduled to be released in other countries. French distributor The Jokers, which handled distribution of Bong Joon-ho’s “Parasite” (2019) and Park Chan-wook’s “The Handmaiden” (2016), has acquired the rights for the release in France.