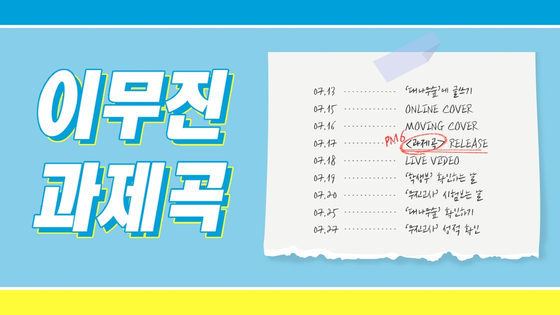 The song was initially released via social media in March, in which the singer talks about the pressure he's under from the amount of assignments he has and asks his professor to “give [him] a humane number of assignments next week.” He also apologizes to the professor for turning his complaints into a song.

The singer is said to have actually submitted the song as an assignment in college.

The song, which was uploaded on his YouTube channel, has garnered over three million views since March.

Lee made a name for himself after ranking No. 3 on the highly popular JTBC audition program “Sing Again” earlier this year. He released his single “Traffic Light” in May, for which the singer wrote the lyrics and arranged the music.

Big concerts are coming back, starting with 'Together Again, K-pop Concert'