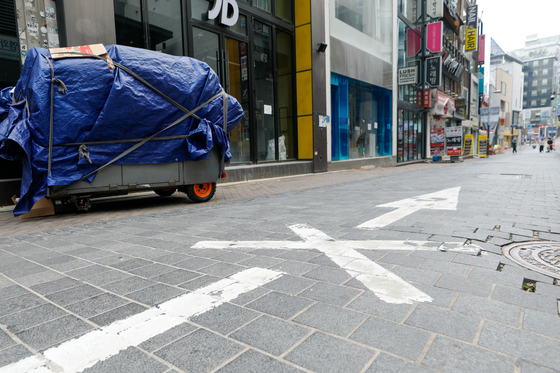 A 30-trillion-won supplementary budget may be passed despite increasing concerns about inflation and the rising national debt.

It will be funded through an expected 32 trillion won of excess tax revenue this year, according to sources from the Democratic Party and the government Sunday.

Finance Minister Hong Nam-ki said on June 4 that the government is considering the second supplementary budget of 2021, and he added that it won't be funded with new debt.

The government is expecting 315 trillion won in tax revenue this year, 32 trillion won more than originally forecast. The higher-than-expected tax take is mainly the result of capital gains in shares and property.

Although the new supplementary budget will not be funded by additional debt, there are concerns that using most of the tax bonanza will jeopardize the fiscal soundness of the country.

A broad universal relief grant, rather than targeted support for those truly in need, would make matters worse, critics claim.

The ruling Democratic Party has been asking for another distribution like the grants that went to each and every Korean household last year.

Inflation concerns add to the worry. The consumer price index rose 2.6 percent year-on-year in May amid a record-low base rate and hopes of economy recovery.

"If the government distributes 30 trillion won from the supplementary budget, that is about 1.5 percent of the GDP," said Kim So-young, an economics professor at Seoul National University. "It is more than enough to lead to visible inflation. The economy in general is already on a recovery trend. If the Covid-19-related supplementary budget should be distributed, it should be selectively distributed to companies in insolvency or vulnerable self-employed people."

Whether government spending will actually help with the recovery is an open question.

According to Korea Development Institute research released early this year, only 20 to 30 percent of the extra government spending translated to actual consumption last year. Four supplementary budgets were passed in 2020 totaling 67 trillion won and a fifth was passed early this year.

"Excessive tax revenue ultimately means that companies and households earned that much more," said Kim Tae-ki, an honorary professor of economics at Dankook University. "The National Finance Act says that excessive tax revenue should be preemptively used to pay back national debt. The ruling party is going against this principle."

The ruling party is claiming that the distribution of some cash to everyone is needed for the country's economy to recover. It has already come up with some specifics, such as distributing 300,000 won per person through local currencies. That alone would cost 15 trillion won.

The government is expected to finalize plans on the supplementary budget later this month when it is scheduled to announce economic policies for the latter half of the year.