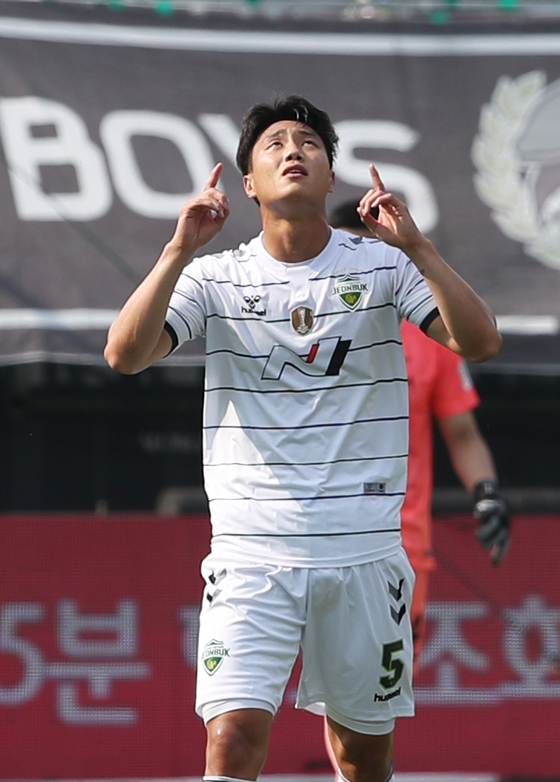 
Jeonbuk Hyundai Motors are back up at second on the table after snatching a big 5-1 win against Seongnam FC.

Only two rescheduled games — Seongnam vs. Jeonbuk and Daegu FC vs. FC Seoul — were played this Sunday after five K League 1 fixtures were postponed in early May due to a Covid-19 outbreak. They are scheduled to take place throughout the ongoing international break in June.

Paik slotted in a free-kick 30-meters from the net in the 15th minute to mark his K league 1 debut goal.

Things got worse for Seongnam as Kim Min-hyeok was sent off for a dangerous tackle on Jeonbuk Hong Jeong-ho in the 23rd minute.

With one player out, Seongnam could not quite find their way to come back and let Gustavo run wild slotting in three goals, the first in the 51st minute, followed by one in the 68th minute and the third in the 71st minute.

Though Seongnam forward Fejsal Mulic managed to find the back of the net in the 80th minute, Gustavo was there to add one more in the 83rd minute. Unable to recover, the game finished 5-1. 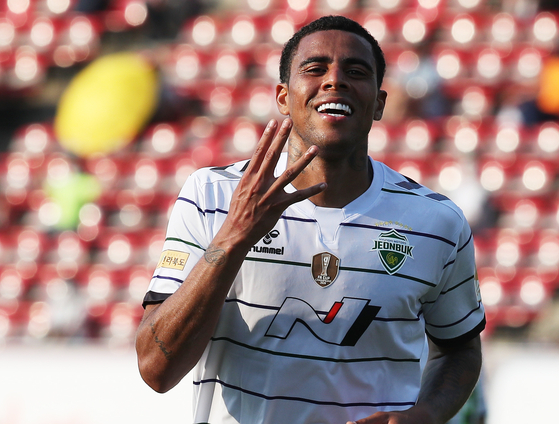 
The victory comes as a major relief to Jeonbuk as the team has been without a win for seven games. Jeonbuk is now in the runner-up spot while Seongnam stays at ninth on the K league 1 table.

On the same day, Daegu faced Seoul at home, which ended in a 1-1 tie.

Both goals were made in the second half of the match after Daegu midfielder Tsubasa Nishi opened the scoring in the 66th minute.

Cho Young-wook earned a penalty kick for the team which Aleksandar Palocevic turned into an equalizer in the 79th minute.

Daegu continue on with their 10-game undefeated streak whereas Seoul has now gone without a win for 10 games. Daegu is now at fourth and Seoul at 11th on the K league 1 table. 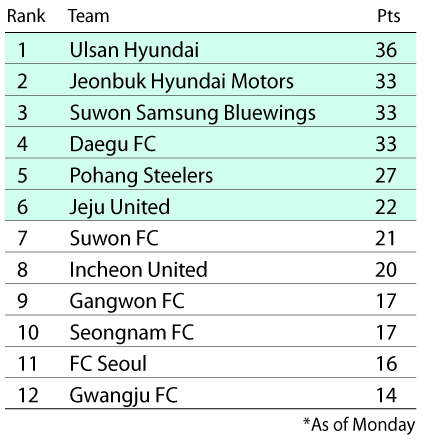 The next K league 1 fixtures come in two weeks, when Gwangju FC face FC Seoul on June 19 and Ulsan Hyundai Motors face Seongnam the next day.