Half of SsangYong workers to be placed on unpaid leave

Half of SsangYong workers to be placed on unpaid leave 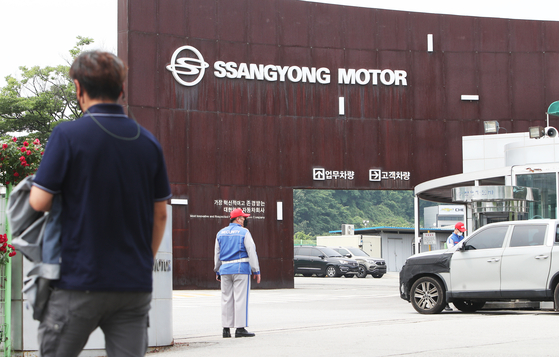 Unionized workers at SsangYong Motor accepted the beleaguered automaker’s turnaround plan that includes putting a significant portion of the workers on unpaid leave for a maximum of two years.

SsangYong Motor said Tuesday that 52.1 percent of the 3,224 members who participated in the vote agreed to the plan proposed by the automaker. Non-union workers didn’t vote but are bound by the agreement.

The plan includes putting 50 percent of employees on unpaid leave for a maximum of two years and cutting the salaries of executives by an additional 20 percent. Executive salaries were already cut by 20 percent earlier this year.

Under the plan, a welfare benefit suspension will continue through 2023, and wage negotiations will be held every three years instead of two.

“The latest vote is meaningful because it will make the sale of the company easier and notifies the stakeholders that we have strong determination to survive,” SsangYong Motor said in a statement Tuesday.

“It also means that the unionized workers and the management agreed on finding the best way to maintain employment while lowering the cost and not repeating what happened back in 2009.”

SsangYong Motor had to resort to mass layoffs in the wake of the 2008 global financial crisis.

“SsangYong Motor is also going to come up with a business plan that focuses on eco-friendly vehicles instead of the current internal combustion engine-focused business for long-term survival,” said Chung Yong-won, a court-appointed manager, who is overseeing the restructuring process.

“Based on the restructuring plan, SsangYong will proceed with the sale faster than expected.”

SsangYong Motor was put in court receivership earlier this year as Mahindra & Mahindra, the Mumbai-based parent, refused to invest more and the company failed to roll over its debt. It is now looking for a new investor as it undertakes restructuring and debt-settling efforts.

The Seoul Bankruptcy Court on Monday approved of SsangYong’s selection of the consortium led by Ernest & Young to oversee the automaker’s sale.