GOT7's Yugyeom to release his first solo EP on June 17

GOT7's Yugyeom to release his first solo EP on June 17 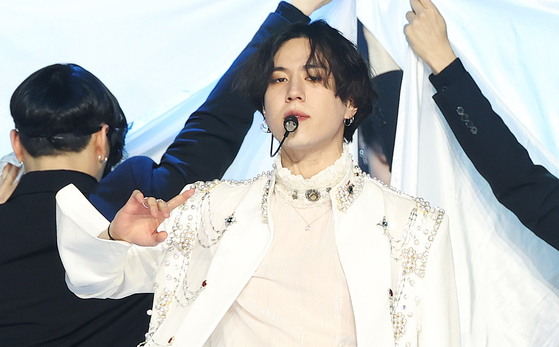 Yugyeom of GOT7 [ILGAN SPORTS]


Yugyeom of boy band GOT7 will release his first solo EP “Point Of View: U” on June 17, according to his label AOMG on Tuesday.

Fellow artists under AOMG went all out in support of Yugyeom’s upcoming EP. Rapper and singer-songwriter Jay Park, who leads the label, will feature in Yugyeom’s new song “Love The Way” along with rapper Punchnello. Rapper Loco features on another track “All About U.”

Singer and rapper Gray, who is also under the same label, produced all seven tracks of the EP and features in “All Your Fault,” as well as “I Want U Around” with singer DeVita.

GOT7 debuted in 2014 and its members left their long-time agency JYP Entertainment earlier this year to go their separate ways.

Yugyeom GOT7 AOMG Point of View: U