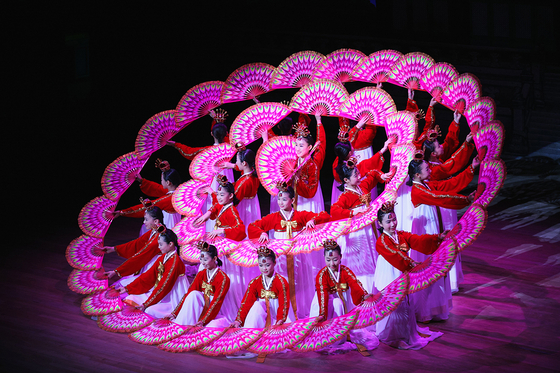 The Little Angels Children's Folk Ballet of Korea is staging a performance ″The Rise of Angels″ after taking a year and six months of hiatus amid the coronavirus pandemic. [HYOJEONG KOREAN CULTURAL FOUNDATION]

June 26: The Little Angels Children's Folk Ballet of Korea is staging its first performance after a year and six months amid the coronavirus pandemic. The 100-minute performance will feature a series of the troupe's existing repertoire, as well as a new creation by its artistic director Bae Jung-hye, titled, “The Morning of Seollal.”

The concert is a part of Forestella’s national tour to promote their third regular album, “The Forestella.” The tour kicks off in Suwon on June 12, followed by the two-day concert in Seoul. The group will then make a stop in Seongnam, Gyeonggi, and their last stop in Busan on July 24. 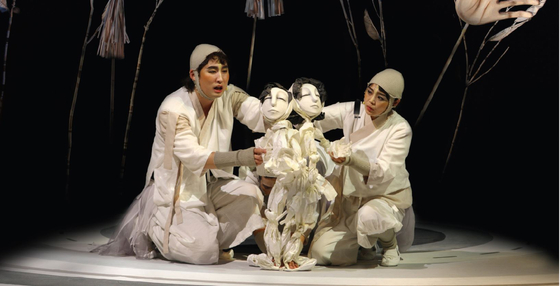 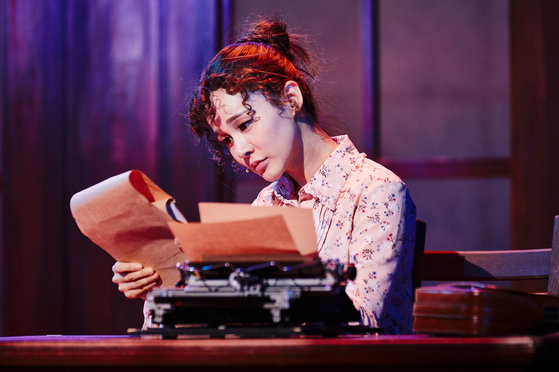 Korean musical ″Red Book,″ a rom-com musical that also touches on a rather heavy topic of the gender issue, is returning in three years. [CLIP SERVICE]

Through Aug. 22: Korean musical “Red Book” is set in England, during the Victorian era. The story revolves around a woman named Anna who hopes to live a life as a confident woman in a male chauvinistic society without having to face any discrimination, and a man named Brown, who only knows how to live as a stiff-necked “gentleman.” The story is written by Han Jung-suk, who hoped to write a musical that is cheerful but also touches on gender issues.