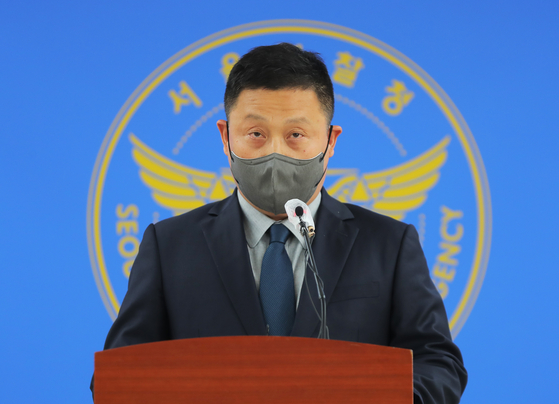 Kang Il-gu, head of the anti-corruption department of the Seoul Metropolitan Police Agency, announces Wednesday the outcome of the probe into former Vice Minister of Justice Lee Yong-gu's assault of a taxi driver and his subsequent cover-up attempt. [YONHAP]


The police said Wednesday it will ask the prosecution to indict former Vice Minister of Justice Lee Yong-gu over a suspicion that he paid a victim of his assault to destroy the evidence.

An investigation team of the Seoul Metropolitan Police Agency announced the outcome its five-month-long probe into Lee’s alleged assault of a taxi driver last year and his subsequent cover-up attempt. The team also announced the outcome of a separate but related probe into the suspicion that the Seocho Police Precinct, which initially responded to the assault, had let Lee off the hook. 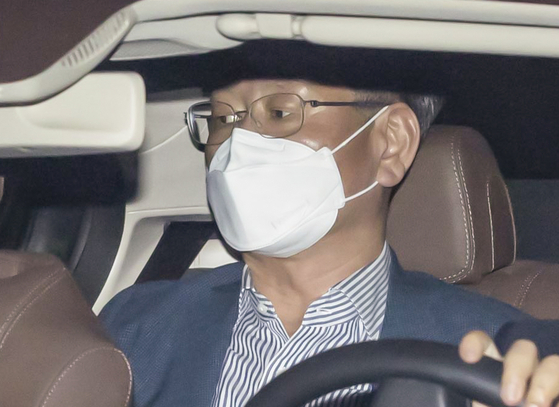 In this file photo, then-Vice Minister of Justice Lee Yong-gu leaves the Seoul Metropolitan Agency after questioning last month on May 31. [YONHAP]


Lee stepped down from the post last week, after less than six months of being in the post, amid continuing suspicions that he had been let off the hook when he allegedly made the assault. At the time of the incident, Lee was a lawyer.

Shortly before being appointed vice minister of justice, Lee assaulted the taxi driver in November. The assault was captured in detail on video of the car’s black box, which media aired last week.

The police said Wednesday that Lee, drunken at the time, assaulted the taxi driver on the night of Nov. 6, 2020. Two days later, Lee met with the taxi driver, paid him 10 million won ($9,000) and allegedly pressured him to delete the video record.

The police also asked the prosecution on Wednesday to indict the driver on charges of evidence destruction after receiving the money from Lee.

Last week, Lee insisted that the unusually large settlement to his victim was not in return for deleting the video evidence.

The driver had deleted the video file from his cell phone after their settlement, but restored it and showed it to a police sergeant of Seocho Police on Nov. 11, 2020, five days after the incident. The police sergeant, however, took no action and dismissed the case despite the evidence, the police said.

The police announced Wednesday that it also asked the prosecution to indict the police sergeant on charges of dereliction of duty.

After media started reporting in December that the police had let Lee off the hook, the police started an internal investigation into what had happened. The sergeant still did not report to the upper chain of command that there was video record of the assault, the police said.

The police also issued an apology on behalf of its member who inappropriately handled the case.