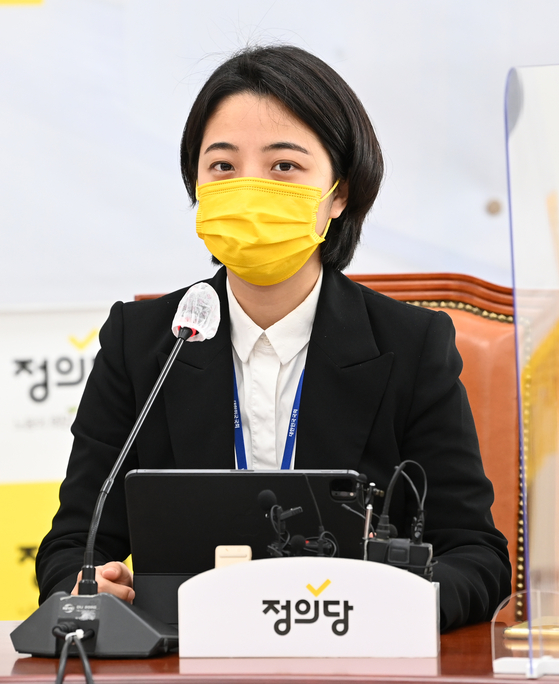 
Justice Party Rep. Ryu Ho-jeong apologized for an Instagram post she uploaded on Tuesday using photos of BTS member Jungkook to support a bill she is drafting to liberalize tattooing.

Ryu appeared on an MBC radio program on Thursday and explained, “as a fan who supports BTS, I didn’t want their artistic expression to be hindered."

“I wanted to raise public awareness about the bill through everyday news that we come across,” she said. “Actually, politics is a subject that is very close to our everyday lives but I was sorry to see that the word ‘political’ would be received negatively as a result of politicians failing to build up trust.”

On Tuesday Ryu uploaded pics of Jungkook appearing on a television program with his tattooed fingers covered up, with words “This is a hideous sight, which is often seen on Korean television as it is the rules of the broadcasters not to expose tattoos. It’s because tattooing is still illegal in Korea."

Then she promoted her bill revision about tattooing. Although tattoos are not illegal in Korea, the act of tattooing must be done by a licensed medical professional.

However, BTS fans have insisted that the representative was only using Jungkook’s picture to garner attention and asked that it be taken down.

When Ryu was asked if she would take down the photos, she replied that there have been “multiple suggestions” and asked to be “given a chance to explain the bill.”

Who needs a cake?