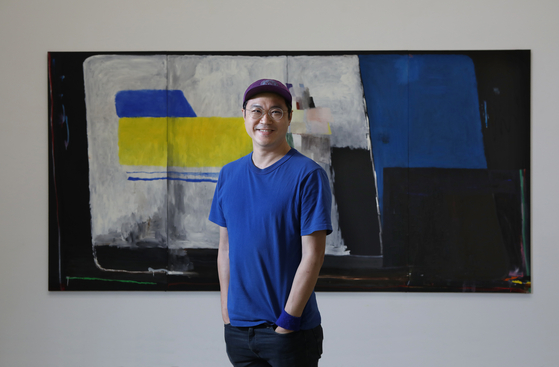 Bek Hyun-jin poses for a photo after an interview with the Korea JoongAng Daily in front of his work "Bright Darkness" (2020) at PKM Gallery in central Seoul Wednesday. [PARK SANG-MOON]


Actor Bek Hyun-jin is known for his vivid portrayal of a heinous CEO of a file-sharing service which profited by spreading illegal pornography in the recently-ended drama series “Taxi Driver” on SBS, and the hysterical executive, deeply involved in corporate corruption in “Samjin Company English Class” last year. What some might not know about him is that he is also a musician and artist.

But Bek is no actor-turned-artist, like many who have turned their hands to art recently. He is already a familiar face in both the music and art industries, recognized for his respective talents.

He was one of the four finalists for the prestigious Korea Artist Prize in 2017, granted by the National Museum of Modern and Contemporary Art (MMCA) and SBS Foundation. Now, his solo exhibition titled “Beyond Words” is being held at PKM Gallery in Jongno District, central Seoul. As well as three paintings from a prior exhibition, the exhibit features 60 new artworks including 44 paintings, nine installations, four pieces of music, a video, a script, and a sculpture which were created for “Beyond Words” that opened on June 4. 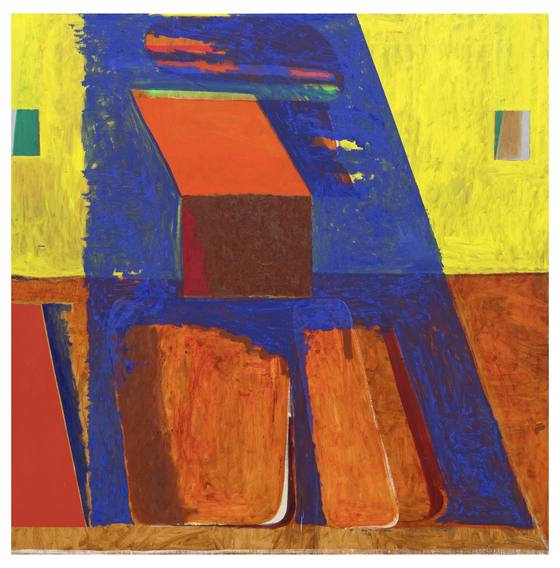 
In sharp contrast to some of the crazy and spiteful characters he portrayed on screen that have been so strongly imprinted on the minds of the public, the artist was calm and serene when he sat down for an interview with the Korea JoongAng Daily on Wednesday, personality traits that were also reflective of the themes of his exhibition.

With “Beyond Words,” he wanted his audience to be freed of the wrath of words that may confine people’s viewpoints and freely decipher and interpret his works as they wish to, which is why he drastically eliminated any kind of explanations that often curtail art exhibitions.

“I often don’t read the texts myself when I go to see exhibitions, because usually they just get in the way,” Bek said. “I just see it first, with my eyes, and nowadays there are a lot of sounds in contemporary art, so I hear them too. Then, if I get curious, I try to read the words but I usually stop after a half-hearted attempt because so many texts try to define and mold the artwork, even before I've felt it! It feels like it’s already a done deal, which I think is absurd, and arrogant too. I’m not criticizing this practice, it’s just that I wanted to avoid that.” 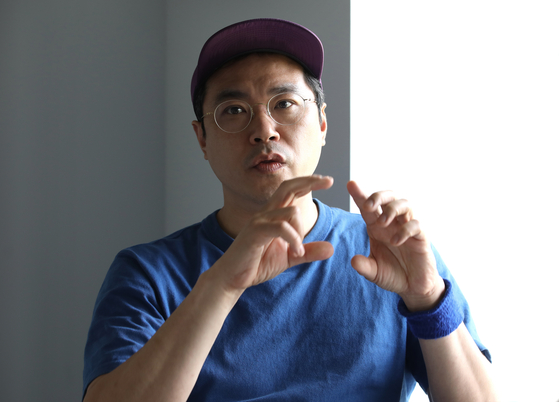 
Another unique aspect of this exhibition is his series “Biodegradable Thing,” nestled on the first floor of the gallery’s annex building. As the title suggests, the eight pieces of “Biodegradable Thing” are composed entirely of biodegradable materials. Bek described how “if you toss [the artworks] somewhere on a mountain, they will naturally decompose back to nature without any artificial interference.”

“I think music and acting are both mediums that are so chill,” he explained. “I mean, we can of course record them so that we can play them back or see them again, but they both disappear in real-time as soon as we perform them, in the physical timeline. I believe that music and acting are some of the best inventions created by humans.

“However, as I worked as an installation artist and performance artist, I realized my activities leave so much waste,” he continued. “I also like to paint. To be more specific, I like the movement of mindlessly stroking the brush and paint, but that leads to more paintings, or waste. So I have deliberated about whether it’s right for me to create more of such things just because l like it. Then the pandemic hit last year. I looked at these piles of oil paints from various brands that I’ve collected over the years in my studio, and thought, ‘how much longer will this go on?’ That’s when for the first time in my life as an artist, I hired an assistant. And her job was to search and find biodegradable art materials across the globe for two hours every day, not only paints, but glues and even wooden canvases as well, because they could have trouble decomposing if they are chemically altered.” 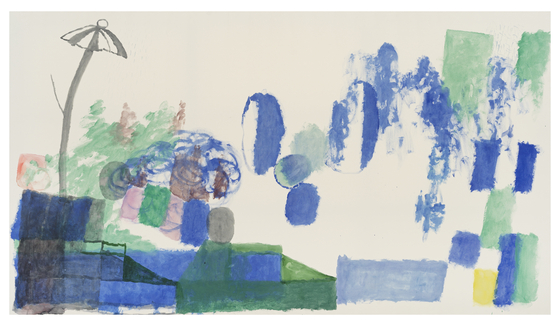 
“The color and the texture of the paint is very different from other oil paints,” Bek said. “So I think it would be very foolish to use them like how we use oil paints, so I just painted thinking about the limitations of this material. That’s how these two came to me. The colors are very peculiar. The pigments of the paints derive from original stone colors, so think about how expensive that must be. (laughs)”

Regardless of the expense of creating the pieces, the artist found himself at ease when he hung up the paintings in the gallery, and determined that they would set the guidelines for his future artworks.

“My stomach literally felt comfortable,” he said. “It would have been weird to throw away all the oil paints I have, but if I continue to paint with biodegradable materials, then they can all neatly disappear someday and that’s how I want to lead my life as an artist from now on.” 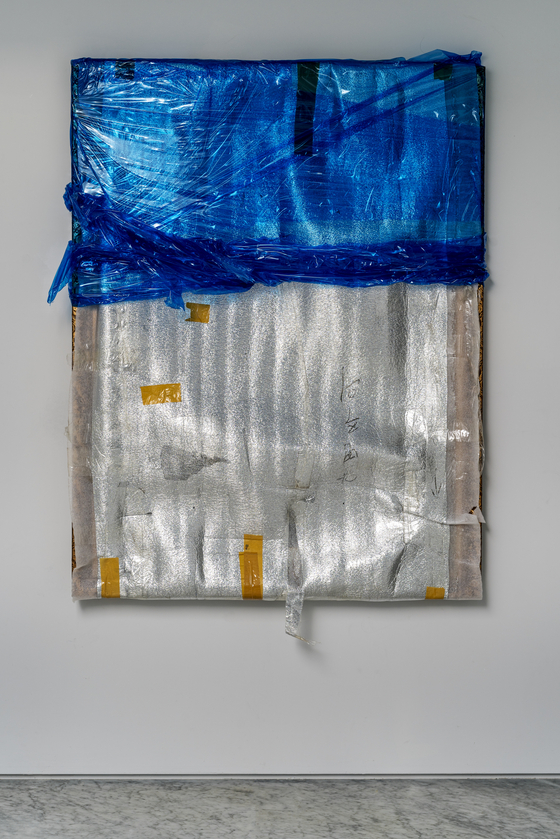 
His “back to the nature” attitude repeatedly popped up during the interview.

“Everything, even the things that constitute us, are part of nature, and in nature, there are no rights or wrongs, only differences,” Bek says. This notion influenced his music as well. He is the lead vocalist of the avant-garde indie band Uhuhboo Project which he’s been part of since 1994 with Jang Young-gyu who also runs the popular band Leenalchi. On his solo album “Csimplex 04” released in December, he eliminates any lyrics and instead hums the melodies so that those who don’t speak Korean can enjoy the songs as well. 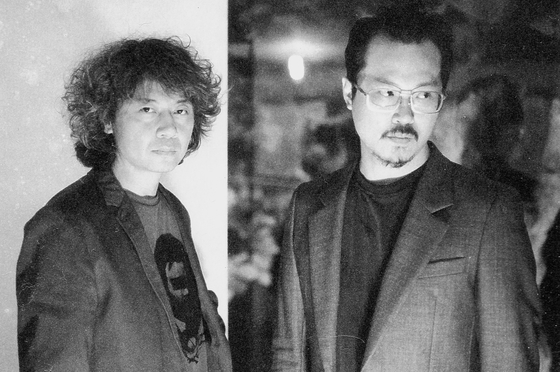 
But the artist confided that he hasn’t always been so flexible.

“In my youth, I was a young man armed with anger and jokes,” he said. “I went through a phase when I impudently thought that I was the only one who was ‘right’ and everyone else was wrong. It was a period where I persevered through denial, but I guess going through that naturally made me realize that we are all part of nature. There are no errors for us humans, only happenings that are sad or happy for us.”

Bek says that his bitter past is a big part of who he is now, and comes in handy when he plays a villain on screen.

“I know how to maneuver it [the anger] now,” Bek said, bemused. “I was irritated for a long time, so it’s a natural part of me. When I was younger I couldn’t control my emotions, so they would jut out inappropriately, but now I can control them. It’s like an app that I can turn on when I act. There are many apps that I’ve collected over the years, and I use them accordingly when needed.”

The artist says he prefers solitude, which is why he enjoys his music and art so much. However, you wouldn't guess he's an introvert from the praise that he's been heaped with for his most recent acting roles. Most of the responses applaud him for his realistic portrayal of an office boss. Despite his newfound fame in the acting world, Bek said he was physically “hurt” by the evilness of his character in “Taxi Driver.”

Bek was most recently recognized for portraying a heinous company CEO who spread illegal pornography for his profit in SBS series "Taxi Driver." [SBS]


“My body actually hurt,” Bek said. “Even though I was acting, I had to speak and do these horrifying things. It almost drove me mad — I hate molka (illegal filming) and to call these videos of victims ‘masterpieces’ and encourage the workers to spread them was too much. I don’t really want to think about it.”

But Bek says he’s certainly proud of what he’s accomplished in his acting career.

“It’s the first time that I’ve excelled at something,” Bek said. “As a musician or as an artist, I’ve never came out at the top. I mean, I don’t think defining who is number one in fine arts in Korea really matters, and as for music I’ve been like a regional singer mainly in Mapo and Seodaemun. I don’t think that’s likely to change, and there’s no achievements in the music market either. But I’ve acted for 20 years now, and recently I’ve become one of those talk-of-the-town actors.” 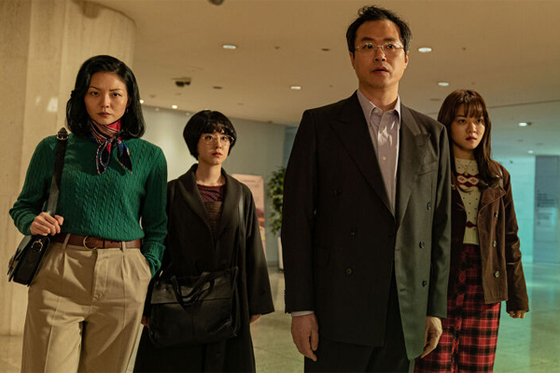 
It was by chance Bek debuted as an actor. The first time he stood in front of a camera was in “The Foul King” (2000). He was initially supposed to sing several songs, including the lead song on the soundtrack for the film, but director Kim Jee-woon suggested otherwise. So Bek briefly appeared as a band member who performs in a hostess bar and has since been making appearances now and then, mostly in independent films.

Just this year, he is working on three drama series and a film, including highly anticipated “Baby, Box, Broker” in which Japanese auteur Hirokazu Kore-eda will have his Korean film debut alongside actors Song Kang-ho, Bae Doo-na and Gang Dong-won.

“I don’t usually overwork myself in acting — actually it's been quite the opposite," Bek explained. "But this year, I’m determined to adapt. I think it will be convenient for my future career to strike while the iron is hot so that my body becomes adept to new acting patterns. But I have no intentions of continuing like this forever. It shatters the balance that I have as a musician and an artist. My ideal life is to juggle these three identities altogether.”