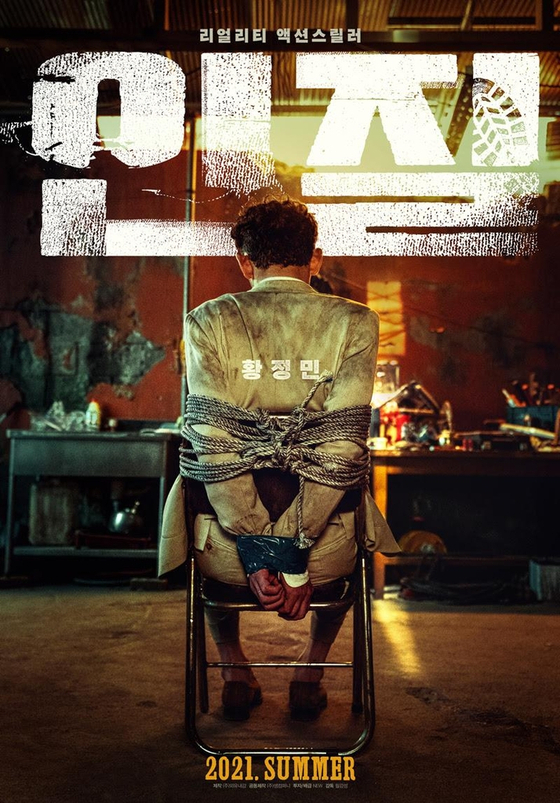 
Film distributors are lining up their releases for the summer -- some of which are long overdue.

The second big-budget release was announced Thursday by Next Entertainment World (NEW). It released a poster for “Hostage: Missing Celebrity” showing actor Hwang Jung-min tied up in a chair.

Hwang portrays himself in the action thriller.

Written and directed by rookie filmmaker Pil Gam-sung, the film is a remake of the 2015 Chinese hit “Saving Mr. Wu.”

The film is Hwang’s third project with production company Filmmaker R&K, which was behind hits such as “The Unjust” (2010) and “Veteran” (2015). It also produced “Escape from Mogadishu.”

Release dates for the two films were not disclosed. The releases of both were delayed several times by the pandemic.