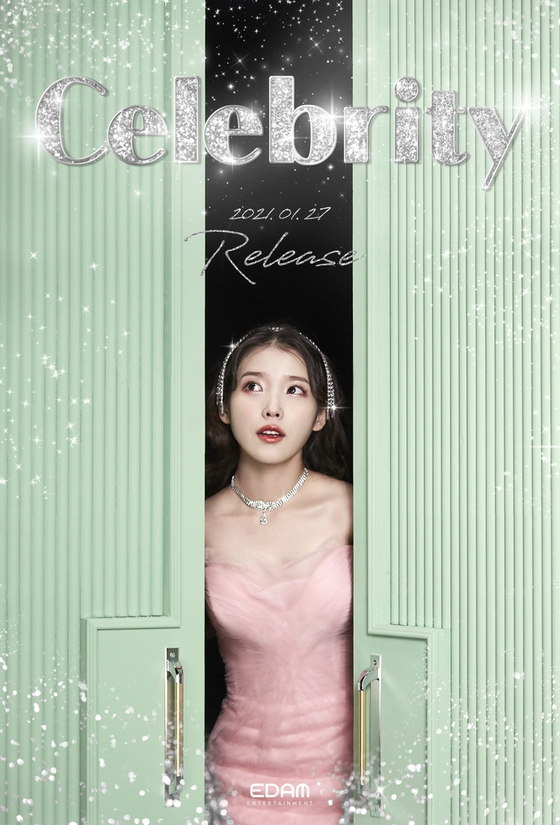 ″Celebrity,″ a single from IU's upcoming full-length album, will be pre-released on Jan. 27. [EDAM ENTERTAINMENT]


Star solo artist IU will pre-release her single “Celebrity” before the official release of her new full-length album on Jan. 27, according to her agency Edam Entertainment Friday.

“[The song] has a cheery bright pop sound which will invigorate listeners,” the agency said in a statement. “It’s a music genre that IU is trying out for the first time.”

A teaser photo released on the same day resembles a retro film poster from the 1980s, with IU standing between light green-colored doors dressed in an elegant pink dress.

The artist hinted at her upcoming album during her acceptance speech at the Golden Disc Awards on Jan. 9 after she won the award for the digital song of the year.

“[This album] contains stories of encouragement more than ever before,” she said. “If I can, I hope to provide honest music which can cheer up exhausted people.”

IU is considered to be one of the most influential artists in the local music industry, sweeping the charts whenever she drops new songs. She stormed local music charts last year with songs "Blueming,” (2019) and “Eight” (2020) in which she collaborated with Suga of BTS.