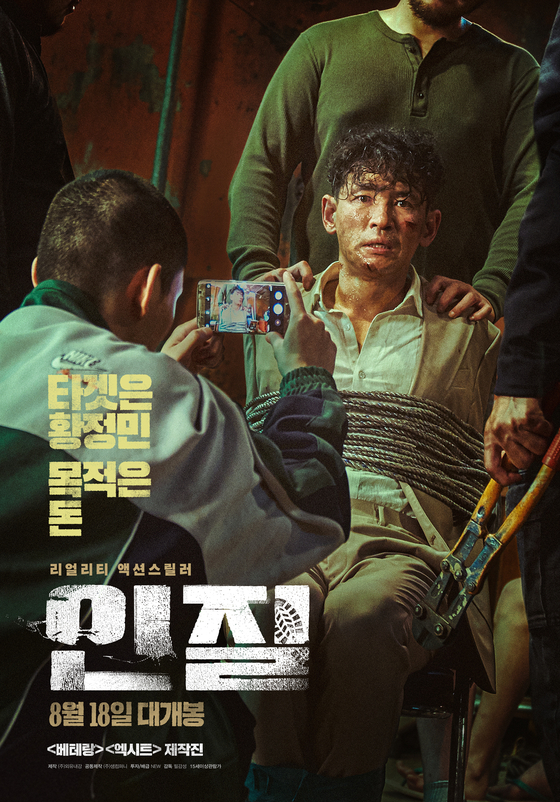 The movie poster for ″Hostage: Missing Celebrity″ [NEXT ENTERTAINMENT WORLD]

“Hostage” sold over 280 thousand tickets from Friday to Sunday, attracting more than 1.1 million moviegoers in total.

Disaster comedy “Sinkhole” is in second place and “Escape From Mogadishu,” which recently surpassed the ticket sales for “Black Widow," is in third.

“Hostage,” the debut feature film by director Pil Gam-sung, tells the story of actor Hwang Jung-min being abducted on the streets of Seoul in the middle of the night.