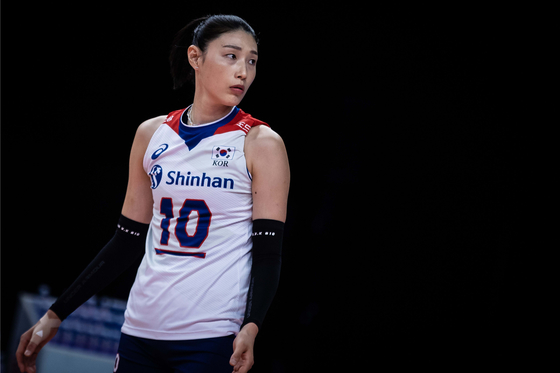 Korea had better luck against Serbia on Sunday, winning after a hard fought two hours and 12 minutes on the court. 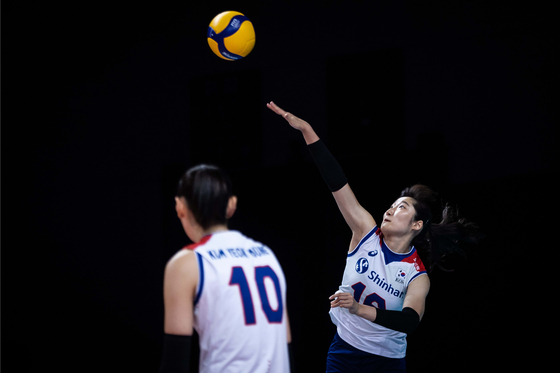 Jeong Ji-yun attempts an attack during the Volleyball Nations League match against Serbia on Sunday in Rimini, Italy. [FIVB]


Captain Kim Yeon-koung covered the entire court, scoring whenever she saw a chance to score 27 points in the game. The second best Korean scorer was Jeong Ji-yun, with 14 points.


Serbia fought back hard with long rallies and scored 11 aces as opposed to Korea's five, taking the second set 23-25 after a long 38 minutes. But unable to win another set, Korea took the match 3-1. Jovana Mirosavljevic of Serbia made three aces and was the best scorer on her team with 16 points.

"They have great defense and it's really hard to play with this team, because they can catch every ball and cover the entire court." Mirosavljevic told the Volleyball World about Team Korea.

"We were waiting for this victory for a long time, so I'm very happy." Kim said after the match.

Korea had 59 attack points and 10 blocks as opposed to Serbia's 35 attacks and eight blocks.

"We were preparing a lot ahead of this game," Kim said. "After the last games we were focused on improving our counter-attack as it was a missing part.

"Today after defense we were performing really good counter-attacks and that let us score a few points in a row. We were also serving very aggressively and did a good job in the block."

"I think that I have room for improvement, especially when it's about communication with players as then we will be able to have even better performance," Kim said. "We have now a great atmosphere in the team, so now we will prepare ahead of tomorrow's game and we hope to earn another victory."