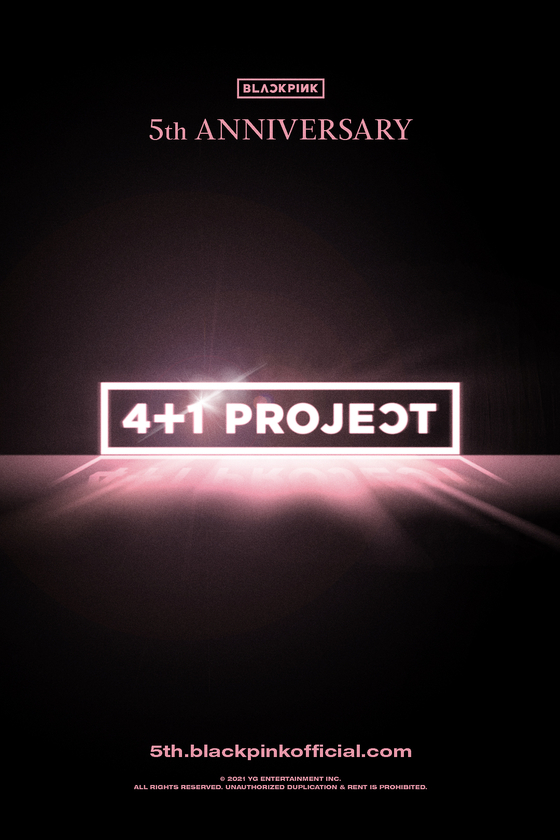 
Girl group Blackpink is preparing for a “large-scale project” in August to celebrate its fifth debut anniversary, according to YG Entertainment on Tuesday.

“We prepared many projects of various forms in order to live up to the fans’ love and expectations," said the agency.

More details of the events will be announced one by one on the website 5th.blackpinkofficial.com, which was specially created for the girl group's anniversary.

Last year, the girl group’s first full-length album “The Album” (2020) ranked No. 2 on the Billboard 200 albums chart and Britain’s Official Albums Chart, setting the record for a female K-pop act.