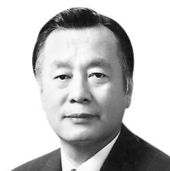 The author is chairman of the Research Institute for School Physical Education Promotion.


The Tokyo Olympics is less than a month away. But it is still unclear if the world sports event can be held normally due to the pandemic. Opposition to the Summer Games starting July 23 is getting fiercer than ever not only in Japan but around the globe.

A recent poll by the Asahi Shimbun shows a whopping 83 percent of the respondents call for the cancellation of the Games. Despite the remarkable decrease of daily Covid-19 cases from 7,000 in early May to 2,000 recently, 780,000 Japanese were already infected with the virus. The death toll has exceeded 14,000 in the country.

Globally, 3.87 million people have died from Covid-19. Given the number of deaths during World War I at 8.35 million, it looks like humanity is headed for World War III. Considering the grim situation around the world, the call for the cancellation of the Tokyo Olympics from inside and outside the host country seems very natural after it was delayed for one year.

Article 2 of the Fundamental Principles of Olympism in the Olympic Charter clearly states, “The goal of Olympism is to place sport at the service of the harmonious development of humankind, with a view to promoting a peaceful society concerned with the preservation of human dignity.” Moreover, the staging of the Tokyo Olympiad goes against Clause 6 of Article 27 of the Olympic Charter, which says, “The NOCs must preserve their autonomy and resist all pressures of any kind, including but not limited to political, legal, religious or economic pressures which may prevent them from complying with the Olympic Charter.” The Tokyo Olympics is being pushed by politics and is polluting the sublime ideas and spirit of the Olympics with commercial purposes. 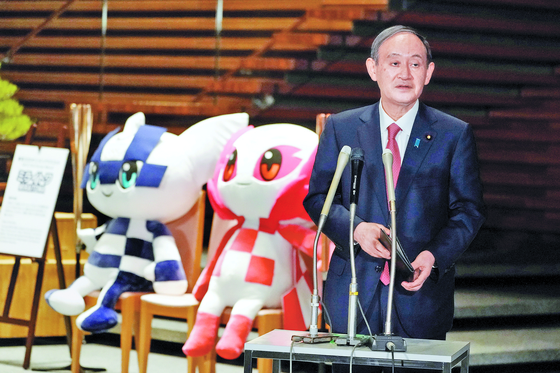 Japanese Prime Minister Yoshihide Suga, next to the mascots of Tokyo 2020 Olympic and Paralympic Games, speaks to media after announcing that Tokyo, Kyoto and Okinawa will receive pre-emergency status under a new prevention law during a government task force meeting at the Prime Minister’s Office in Tokyo on April 9, 2021. [YONHAP]

Another problem is the placing of the Dokdo islets on the map of Japan on the homepage of the Tokyo Olympic Organizing Committee. The act brazenly violates South Korea’s sovereignty on the two islets in the East Sea. When the Organizing Committee of the 2018 PyeongChang Winter Olympics wanted to locate the Dokdo islets on the Korean Peninsula flag representing a single South-and-North Korean team, the International Olympic Committee (IOC) did not allow it. After the IOC recommended the organizing committee delete Dokdo from the peninsula flag as it constituted a political action, the committee accepted it and erased the small islands from the flag.

The world has yet to recover from the pandemic. If Japan nevertheless presses ahead with the Games because of its national pride and obstinacy, how will the Olympics in Tokyo be recorded in history? Both the IOC and the Japanese government are avoiding their responsibility even after emergency measures have been taken to control the alarming spread of the virus amid a slow vaccination campaign.

Above all, the Tokyo Olympics are not supported by Japanese people themselves. Even if it is held, foreign spectators will have trouble watching the games. Japan wanted to stage the Games to signify its successful economic recovery from the lost two decades and from the Fukushima nuclear disaster. If the Olympics are held, it can critically damage Olympism due to Japan’s excessive pride, political stakes and the IOC’s commercial pursuit.

The push for the Olympiad by IOC President Thomas Bach represents the IOC’s greed for massive TV commissions. The IOC is under criticism for trying to press ahead with the Games to receive astronomical commissions from broadcasters who earned transmission rights from the IOC.

I hope the Japanese government and IOC consider the idea of calling off the Games before it is too late as it clearly violates the Olympic spirit. They must not exploit the Games for political or commercial gains. For whom is the Olympics held? Sorry for all the blood, sweat, and tears shed by athletes over the past five years, but I personally think it is better to cancel the Games.

The supreme value of sports lies in the pursuit of happiness for individuals. No medal can be prioritized over the sublime value of human rights. Protection of the athletes and their lives must come first.