Yook Sung-kwon, head of the FTC's business group department, announces an antitrust penalty against Samsung companies on unfair business practices at the agency's headquarters in Sejong on Thursday. [YONHAP]


Five related companies have been fined 234.9 billion won ($207 million) by the Fair Trade Commission (FTC) for engaging in a transfer-pricing scheme that shifted wealth to one of the companies, enriched a family and may have played a role in one of the most consequential restructurings in Korean business history.

The FTC said in a statement Thursday that Samsung Welstory played a “cash cow” role in the merger of Cheil Industries and Samsung C&T in a way that allowed Lee Jae-yong to boost his ownership of the surviving entity, which has major stakes in other companies.

At the time of the 2015 merger, Samsung Welstory was owned by Cheil. Because the catering company was overpaid by related client companies, its value and the value of its parent company were artificially inflated.

This resulted in an overvaluing of Cheil relative to Samsung C&T when the two were merged, giving shareholders of Cheil more of the surviving entity than they would have had otherwise.

Before the merger, Lee Jae-yong owned 23.2 percent of Cheil. After the transaction, he owned about 17 percent of the merged entity, which took the name of Samsung C&T. Shareholders in pre-merger Samsung C&T challenged the deal, saying their ownership was undervalued and that they lost in the deal.

He now owns 18.13 percent after inheriting shares from his father.

Because of the artificial inflating of the value of Samsung Welstory, the FTC contends, Lee increased his ability to influence the direction of companies in which he and his family already have shares, especially Samsung Electronics

The antitrust agency said Samsung Welstory has generated 1.1 trillion won in revenue and 100 billion won in operating profits annually since 2013, which is suspiciously high and consistent.

“It was practically the only Everland business that was able to generate stable profits,” said Yook Sung-kwon, FTC director on business group policy, referring to Cheil’s predecessor entity.

Samsung Welstory’s operating margins since 2013 averaged 15.5 percent compared to the average of 3.1 percent for 11 competitors.

Between 2013 and 2019, Samsung Welstory operating profits from the four related companies was 485.9 billion won, 39.5 percent of its overall food-catering operating profit.

The antitrust agency said the transfer-pricing arrangement moved profits from the client companies to Samsung C&T shareholders.
Samsung C&T received 275.8 billion won from Samsung Welstory in dividends between 2015 and 2019, for a payout ratio of 99 percent in 2015, 68 percent in 2016, 115 percent in 2017 and 71 percent in 2018.

When excluding catering services to the four related companies between 2013 and 2019, Samsung Welstory suffered a total operating loss of 10.3 billion won.

“Without the support of the related-party transactions, the survival of Welstory is questionable,” said the FTC director Yook.

The companies fined were also found to have limited competition for catering contracts, locking out non-related companies.

Of the fines, Samsung Electronics was ordered to pay 101.2 billion won, the largest against a single company for unfair business support.

The FTC said former Samsung Electronics Vice Chairman and CEO Choi Gee-sung orchestrated the malpractice. It referred the complaint to prosecutors, saying Choi played a pivotal role in creating the profit-guarantee structure for the catering company. 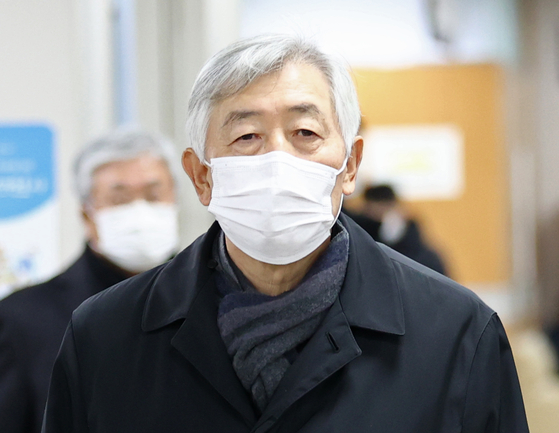 
The FTC was unable to prove the direct involvement of Lee Jae-yong or his family.

“We weren’t able to confirm the connection,” Yoo said.

Samsung Electronics on Thursday said in a statement that it will take legal action against the FTC ruling and will prove that nothing illegal was done. It also said that the ruling could negatively affect the company in terms of public opinion, ongoing investigations and court decisions.

It emphasized that there were no marching orders from the top brass in terms of unfair practices, and said executives only wanted to ensure employees were eating well.

“As a company, we tried our best in providing quality meals,” the company said.