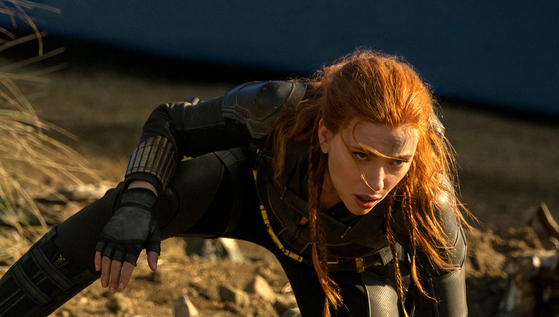 
After a one-year delay due to the Covid-19 pandemic, Natasha Romanoff’s first solo movie, “Black Widow,” is set to arrive in local theaters on July 7.

Breaking with tradition long maintained for the first solo movies of an Avenger character, this is not an origin story. It is not about how Natasha became Black Widow. The film is set after an incident in “Captain America: Civil War,” (2016) where the Avengers divide due to a clash of opinions about censorship regarding their powers. The film does give the audience a glimpse into her past, with Natasha coming to terms with her family before the Avengers, and she infiltrates the Red Room, the site of her training.

“During the scripting process, we just put Natasha at the center of the story,” director Cate Shortland said during an online local press event on Thursday. “The psychological journey that she was going on had to be part of the action sequences […] so what we tried to do was each action sequence would move the narrative forward but also the character would discover something more about herself or other relationships. If that wasn’t happening, the action sequence wasn’t working, so we were really careful about putting her journey at the center.” 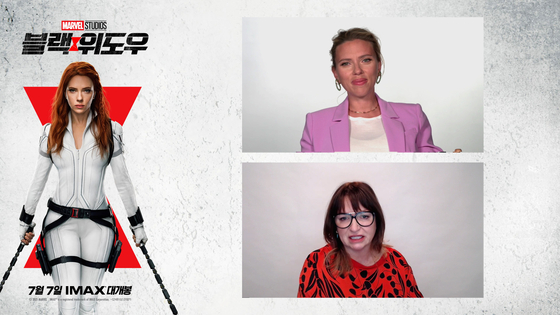 
Scarlett Johansson who has been reprising the role of the Russian spy-turned-superhero since she first appeared in “Iron Man 2” (2010), says she’s proud to say that she’s built the character up from scratch.

“I created her out of nothing,” Johansson said. “I mean, it’s been a very unique experience — I can’t have imagined any other circumstance I could have as an actor where I would come back to play the same person every 18 to 24 months—it’s been interesting.

“She’s just a caricature of a person when you see her in ‘Iron Man 2,’" Johansson adds. She “was reacting to all the male characters for a long time. She has a journey where she’s kind of standing on her own and she’s a leader. She’s complicated—you’ll get to see little pieces of that in ‘The Winter Soldier’ [2014] and then it kind of threads through. It’s been progressive. I’m proud of that.”

Johansson believes that what makes her character stand out from rest of the Avengers is her coming to terms with her vulnerability.

“Her strength is in her vulnerability,” she said. “It’s kind of unexpected, and she embraces that and some of the other Avengers probably are not as comfortable in their vulnerability — it might be a male ego thing, not sure — but she embraces that part of herself. I think that’s one of her qualities that makes her so enduring.”

The director also hopes the film could support female empowerment.


“It’s about people who have lack of control over their lives and what they do to get that back, and to feel loved and to feel heard,” the director said. “I think women in the world have been going through that since the beginning of time.

“What we wanted to do was to say that these people are not victims, but they’re survivors, and so they poke fun at the patriarchy that has been keeping them down often in the film, and that’s important.”

Shortland also credits the drive behind making of this film in the prior successes of films such as “Black Panther” (2018) and “Wonder Woman” (2017).

“I don’t think this film would have been made really without ‘Black Panther’ or ‘Wonder Woman’ because in terms of studios believing that there was an audience outside of white men, I think that was really important — that as opening the door for other filmmakers and actors to step through,” she said.

Johansson commented on her experience of participating in this film as a producer.

“It was really daunting and also it was liberating,” she said. “I really felt like I was heard throughout the process. It was very fulfilling and rewarding. I think I work best in situations where I’m able to collaborate with people that are at the top of their game, and we challenge one another to think big, and then the best idea rises to the top. I think that’s sort of a producer’s job to make it a safe place for that to happen, to make sure that everybody is heard.”

“Scarlett is a real advocate,” Shortland added. “She would always try to make sure we got what we wanted and not what we felt we should be getting. She was always trying to make it more truthful, fresh. We weren’t interested in doing something durative. She pushed all the time for that.”

Despite the delay, Johansson believes the film’s release to be timely with the era of Covid-19.

“I think this film is about the family that we choose, and this year has really been an opportunity for all of us to reflect on our own priorities, and I think it’s unexpectedly timely,” she said. “I think the film is coming out at just the right time where people can really come together in the theater and celebrate the family we choose, and that’s an incredible revelation, really. So of course it has all the action and explosive action that we’ve come to expect in a Marvel movie — I think some of the best action sequences in MCU — I’m partial, obviously, but it’s driven with a lot of emotion and heart.”